To all Bollywood fans, this article is a treat for you. Whether or not you agree but we all have a special corner for Punjab in our hearts and it is because there is something about the culture and love it has that keeps pulling us back.

Time and again Bollywood industry has brought us closer to knowing Punjab a little better with the release of some evergreen movies. These movies introduced us to the culture of Punjab, the love people of Punjab have towards each other and the beauty that it is surrounded with.  We have a list of 10 Bollywood movies that will make you fall in love with Punjab all over again.

Bollywood Movies That Will Make You Fall In Love With Punjab

The most beautiful love story that Bollywood has ever given us has to be this evergreen movie. There are some movies which you never get tired of watching even if you have watched it 100 times, this movie is for sure one of them. The plot of the movie revolves around Veer- played by Sharukh Khan (an Indian army guy) and Zara – played by Preity Zinta (a Pakistani girl). They belonged to different nations but still united because of their true and epic love. This movie was shot in different parts of Amritsar such as Wagah Border.

A movie that depicts the beautiful culture of Punjab in the most authentic way. Shahid Kapoor and Rani Mukherji are the lead cast of the movie and the storyline shows how the two fulfilled their dreams of winning a cricket match against Pakistan and fall in love during the journey, despite all the hurdles thrown at them. The bits and pieces of the movie were shot in the fields of Ropar in Punjab.

The plot is set in Chandigarh, the Capital of Punjab and includes the most iconic places of Chandigarh- Sukhna Lake, Rock Garden, Sector 17 market and so many more. It’s an outrageous comedy movie that revolves around the missing ‘Daddy di gaddi’ the night before the sister’s wedding and how everyone searches for the car in the most typical Punjabi style. The star cast includes Rhea Chakraborty, Ram Kapoor and Saqib Saleem

The most inspirational Bollywood movie that you will ever come across and this movie will definitely give you goosebumps. The movie is inspired by the journey of The Legend Milkha Singh (role played by Farhan Akhtar) and how he overcomes the most difficult struggles of his life. The movie enriches you with the aura of Punjab. Places such as Ferozepur and Patiala were covered in the movie and the tourist places such as Sheesh Mahal were highlighted.

It is a love story filmed around the time of India- Pakistan separation where the two lovers must overcome all the battles, to be together. This dramatic story was filmed in bits and pieces of Punjab. The first half of the film was shot in village Barauli near Gharuan in Punjab. The movie fills you with all the culture and beauty that Punjab has to offer and all of that is beautifully embedded in the movie by the Director. Sonam Kapoor played the role of the Kashmiri girl and the Punjabi man was played by Shahid Kapoor.

A light, fun movie depicting the everyday Punjabi families’ nuttiness. This movie is about a crazy search for the chicken-curry recipe. This movie is smartly written with a close understanding of Punjabis and their lifestyle. The movie is set in the village Lalton in Punjab. Rakh Bagh Park and Gurudwara Nanaksar Jagraon are some of the highlighted places of the movie. The star cast includes Kunal Kapoor and Huma Qureshi.

A movie that taught us to love ourselves and to know our worth. This is an all-time epic movie full of positivity and love. Kareena’s character in the movie is the very example of the high spirits in Punjab and how people in Punjab spread love all around them. The movie captures the beautiful fields of Punjab and also some parts of Chandigarh. The songs from the movie like ‘Nagada Baja’ typically depicts how the Punjabi’s throw such enormous and lavish parties and with everybody in the mood to celebrate. Shahid Kapoor & Kareena Kapoor are the lead actors of this movie.

The movie revolves around a simple NRI (R. Madhavan) who came to India in search of a bride and falls in love with a Dhaakad, a Fun-loving girl (Kangana Ranaut)  and the adventurous love story the two create. Portions of the film were shot in Kapurthala, Punjab in the one its Gurudwara. Other famous places like Jagatjit Palace, Shalimar gardens were also included.

Pinjar tells the story of a young woman (Urmila Matondkar) from an old school background who got abducted and forcefully married to a Muslim Man (Manoj Bajpai) and also found herself living in a different country due to separations. One of the most-watched movies is shot in Amritsar, Punjab. Amritsar is most known for The Golden Temple and for the amazing food enriched with all the flavors from Punjab.

The movie starring Shahid Kapoor, Alia Bhatt, Kareena Kapoor and Diljit Dosanjh was called a hit for the acting performed by these megastars. The movie revolves around Amritsar, Punjab and the stars were also seen visiting the iconic tourist spots of Amritsar offset. 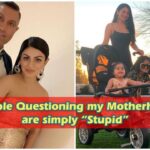