Punjabi Film Industry is one of the growing film industries of India. Pollywood is not only giving greater opportunities to artists to showcase their creativity and talent but also offering quality content to the audience as well.

While on one side Punjabi Cinema is gaining reputation all around the world, it is easily noticeable on the other hand that the industry is lacking female talents.

There are various popular names who appeared in various hit and superhit punjabi projects but have disappeared from the industry now.

You must have loved Shruti Sodhi’s performances in various Punjabi Films. She has worked in movies like Happy Go Lucky, Dil Vil Pyaar Vyaar, Mr. and Mrs. 420 and Vaisakhi List.

Despite the fact that all these movies were superhit, Shruti has disappeared from the silver screens of Punjabi Cinema since year 2016.

Apart from Punjabi Movies, she has worked in some Telugu movies, which are experiencing her active performance even now.

The very beautiful and super talented actress Kimi Verma made her debut in the acting world with Punjabi Movie ‘Naseebo’ in 1994. After Naseebo she was seen in various Punjabi movies like Qahar, Shaheed Udham Singh, Jee Aaya Nu, Asa Nu Maan Watna Da, and more till Ajj De Ranjhe which marked her recent performance in Punjabi cinema in the year 2012.

But it’s exciting to know that she will be back on screens super soon. As she is making her comeback with the much awaited upcoming movie Daddy Cool Munde Fool 2.

Simran Kaur Mundi is another Punjabi actress who has appeared in only two Punjabi films including Best Of Luck in 2013 and Mundeyan Ton Bachke Rahin in 2014.

After these, she focused more on the Bollywood Industry & Web world. She worked in superhit B-town movie Kis Kisko Pyaar Karoon opposite Kapil Sharma.

But she has not made any comment or announcement about her comeback in Punjabi Cinema yet.

Gurleen Chopra who impressed the audience with her acting skills has been a part of various Punjabi movies like Baghi, Hashar: A Love Story, Kabaddi Ik Mohabbat and more.

Since then the industry is missing her chirpy presence and participation.

She is currently active in the Bollywood Film Industry and recently became part of movies like Jai Chhathi Maa.

But talking about her career in Punjabi Cinema especially, she has appeared in Fer Mamla Gadbad Hai in 2013 & Punjabian Da King in 2015, which also marked her last punjabi movie till now.

She is most active in Telugu cinema right now and continuously working in Telugu projects one after another.

Tulip Joshi is another name in the acting world who has served various cinema industries of India including Hindi, Punjabi, Telugu, Kannada and Malayalam.

Though she appeared in limited projects, she was successful in winning the hearts of the audience.

Gul Panag has been a part of two Punjabi Films yet but made a place for herself in the Industry.

You can spot her in 2013 released Punjabi movie Sikander and 2016 released Ambarsariya too.  She is currently more focused towards building her career in Bollywood and the web world.

Her successful projects include superhit and well known web series Paatal Lok and The Family Man too.

Surveeb Chawla is an unbreakable and beautiful part of Punjabi Cinema Industry. But it’s sad to realise that she has not appeared in any Punjabi project lately.

We believe each one of us is waiting for her to make a superhit comeback in Punjabi Industry soon.

Parul Gulati is a popular name in the fashion industry. And she has contributed in Punjabi Cinema as well.

She has delivered us entertaining movies like Burraahh, Romeo Ranjha and Zorawar. Her last release was in 2016 and since then she has disappeared from the silver screens of Punjabi Cinema.

Dhrriti Saharan was enjoying a great fan following in Punjabi Industry when she was actively participating in movies like Pure Punjabi, Sadda Haq, Teri Meri Ik Jindari and Vaapsi.

But after Vaapsi, she had not made her vaapsi i.e. comeback to Punjabi Cinema.

For various reasons, these celebrities chose their way apart from the ones towards Punjabi Industry. We hope someday they manage time to serve their talent to Punjabi Industry as well. It will be great to watch these beauties back in Punjabi Cinema. 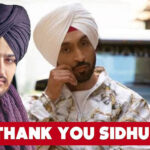