Korean fever is all over the globe; last year, people in pink suits with faces resembling geometric shapes became very well-known. Everyone was gripped in fever by the Korean drama Squid Game. This served as an introduction to Korean drama for many, whereas those who regularly watch K-dramas know that romance is one of the genres that get the most attention on these shows.

The fact that many of the shows are based on webtoons is something that perhaps fewer people are aware of.

The desire to do more was sparked by the popularity of webtoons among fans. Fans were ecstatic to see their favourite comic book characters come to life on screen, and there are numerous K-dramas on streaming platforms that began as a webtoon. Therefore, if you enjoy reading and watching fictional worlds come to life on screen, a binge-worthy list of Korean dramas will satisfy your bibliophilic requirements.

These ten top-rated Korean dramas have a high IMDb rating and are worth your attention, so let the fun begin.

The webtoon The Office Blind Date, created by HaeHwa, serves as the basis for this romantic-comedy series. Ahn Hyo-seop, Kim Se-jeong, Kim Min-kyu, and Seol In-ah appear in the film. Business Proposal’s plot centers on Kang Tae Moo’s decision to go on the blind dates set up for him to please his grandfather and continue his work ethic.

He meets Shin Ha-ri, realizing that the first date would be the only way to avoid wasting time. On the fake blind date, Shin is persuaded by her closest friend. You can meet the Wattpad goal by including clichés like the characters’ opposing financial situations, one of which is extremely strict and the other equally upbeat. This is one of the list’s most popular Korean dramas in 2022.

This historical romance Korean drama starring Park Eun-bin and Rowoon, the lead singer of the K-pop band SF9, is based on the webtoon Yeonmo and written by Lee So-young. It is the first South Korean drama to win Best Telenovela at the International Emmy Awards. In this gender-bender story, Park Eun-bin, an abandoned twin, is forced to pretend to be her crown prince brother Yi Hwi after he dies.

Despite Yi Hwi’s disguise, she is tutored by Jung Ji-un (Rowoon), and the two slowly fall in love. This Korean drama is a must-watch because of its fantastic cinematography and stellar performances by the main and supporting cast.

Where to watch: Netflix, Amazon Prime and Viki Rakuten

The webtoon of the identical name, written by Yaongyi, serves as the basis for this South Korean drama. Moon Ga-young, Cha Eun-woo, and Hwang In-youp form an incredible trio as the main characters. It tells the story of Ju-kyung, a high school student bullied for her “ugly duck” face. YouTube, where she learns to master the art of makeup, enables her to alter her appearance.

When she transfers to that high school, her new peers consider her to be a genuine beauty. The only person who knows about her secret is the charming Lee Suho. In contrast, the drama pays more attention to Ju-schooling Kyoung’s relationship with Suho and the fundamental love triangle between the three leads. Many think that the K-drama is better than the webtoon because it is more detailed.

The romantic comedy, which stars South Korean superstars Park Seo-joon and Park Min-young, is based on Jung Kyung-yoon’s Why Secretary Kim, a webtoon that was serialized. When Kim Mi-so (Min-young), his trustworthy secretary of nearly nine years, submits her resignation, the vice-chairman of a major South Korean corporation Lee Young-joon is left in a bind. Young-joon employs several strategies to prevent Mi-so from leaving, including wooing her romantically.

However, Mi-so wants nothing more than to locate a boy from her childhood with whom she has a traumatic past. They genuinely fall in love with each other as they set out on their respective journeys. However, a long-buried secret is revealed when Young-joon’s older brother Lee Sung-yeon (Lee Tae-hwan), appears, posing a threat to the two lovers.

5. Hell is Other People

Where to watch: Amazon Prime

This one will undoubtedly meet all of your expectations if you are a fan of slasher or psychotic killer stories. This Korean drama stars handsome men Lee Dong-wook and Im Si-wan and is based on Kim Yong-ki’s webtoon Strangers from Hell. When Yoon Jong-woo (Si-wan) is looking for a place to live in Seoul, he comes across a cheap dorm called Eden Studio on his doorstep. The enigmatic dental surgeon Seo Moon-jo (Dong-wook) is one of the enigmatic residents of the dorm.

Jong-woo decides to live with the strange noises until he can save enough money to move to a better place, which causes him to have trouble sleeping. However, when the dark truth about the residents is revealed, Jong-woo quickly finds himself in the wrong. Is it possible for the innocent Jong-soon to survive and keep his sanity? You will undoubtedly be on the edge of your seat throughout this Korean drama as you await the thrilling conclusion.

Where to watch: Viki Rakuten

Yumi’s Cells, based on Lee Dong-gun’s webtoon of the same name, tells the story of Yumi (Kim Go-eun) through the eyes of her brain cells. These cells exemplify every human inclination – bliss, envy, bitterness, outrage, and so forth. They are in charge of how Yumi responds or does not respond to a particular circumstance. A specific part of the brain takes over for each situation.

Furthermore, what happens when there’s disarray inside her mind, straightforwardly, it’s disarray time! This transpires when Goo Wong (Ahn Bo-hyun) enters her life and slowly wakes up her love cell, which was in a coma due to a previous heartbreak. As her cells work to make Yumi happy, she opens her heart again. The Korean drama was renewed for a second season following a successful first season. Fans have also demanded a third due to the second one’s cliffhanger.

The show All of Us Are Dead, based on the Korean webcomic Now at Our School by Joo Dong-Geun, has everyone hooked. A high school that is the epicentre of a zombie outbreak is the setting. Friends from high school need to work together to defeat zombies and bullies.

The cast has a lot of characters, and the relationships between them are important. We all concluded after watching that we had lived through a pandemic and that things could have been much worse. When the second season premieres soon, prepare for yet another emotional roller coaster.

The webtoon Amazing Rumour by Jang Yi is the basis for The Uncanny Counter. It is about So Mun (Jo Byung-gyu), a disabled high school student who is constantly bullied. Later, he meets the Counters, a group that pretends to be paranormal investigators, and they hunt for and combat evil spirits that target humans. The Counters ask So Mun to go along with them. This Korean drama is well worth watching for fans of all things ghostly and supernatural.

Itaewon Class, starring K-drama stars Park Seo-joon, Park Bo-gum, Kim Da-mi, Kwon Nara, and Yoo Jae-myung, was named the best drama series at the 25th Asian Television Awards. Itaewon Class, based on the Gwang Jin webtoon of the same name, shows Park Sae-ro-yi (Seo-joon) rebuilding his life after serving seven years in prison. He was sentenced to prison because he wanted to exact revenge on the son of the founder of Jangga Group after his father was killed in an accident.

Sae-ro-yi desires success to complete his mission of destroying the Jangga Group. He reopens the restaurant his father owned in Itaewon to franchise it. But he doesn’t know how to run a business, so he hires people to help him. Watch Sae-ro-yi overcome his past trauma while forming new relationships. This is one of the 2022 Korean dramas you must watch if you like good content.

The webtoon Sweet Home, created by Kim Carnby and Kwang Young-chan, serves as the basis for this apocalyptic horror series. Over 2.1 billion people watched the 140-chapter story on the webtoon, and Song Kang became an overnight national sensation.

Song Kang plays the shy high school student Cha Hyun-su, who shifts into a new apartment and starts living alone after losing his family in the Netflix adaptation. Hyun-su must fight to survive when strange monsters appear in his apartment building one day.

Netflix decided to keep it going after the first season was so famous for two more seasons, which are expected to come out soon.

We have curated the top 10 different genres of webtoon-based Kdramas to watch over the weekend. 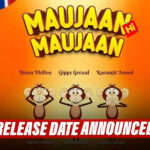 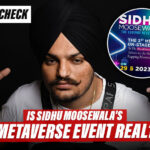