2010-20 has been the deciding decade for India. While the country’s governance boasted of the women empowerment in India, we saw some of the worst rape cases in the history of the country. More than 70 rape cases are reported every day in India and we cannot imagine how many girls went through the most horrible experience of their life in the past decade.

Over 3,00,000 rape cases were reported in India from the years 2011-2020. The number is enough to make every single hair on your body stand up straight.

Here Is A List Of 10 Shocking Rape Cases That Shook The Whole Country:

If you haven’t been living under a rock, you already know about this. There is not a single soul that has not read an article, seen a social media post or a video about Nirbhaya Rape Case. Just to read about the case is horrendous, we cannot imagine what Nirbhaya would have been through. In 2012, an anonymous girl (dubbed Nirbhaya by the media) was raped while travelling in a bus at midnight with her friend. Six men, with one of them being a juvenile, were accused of rape and found guilty. The victim, Nirbhaya’ was hit on her head with an iron rod after being raped. She died due to several injuries. Ram Singh, one of the rapists, committed suicide while incarcerated. Four were given death sentences and the juvenile was sent to a remand facility and released after 2 years.

In a horrific incident, a 26-year old veterinary doctor from Hyderabad was brutally gangraped, murdered and later dumped on the side of a road. According to the Telangana Police, the victim had stopped at a toll plaza at Shamshabad, near Hyderabad with her scooter. Two lorry drivers, along with their assistants, deliberately punctured her vehicle and pretending to help her, took her to the side of a road and pushed her into the bushes. She was later brutally gangraped by the rapists and later murdered. The rapist was killed in an encounter as per the Telangana Police.

In a soul-shaking case, a 17-year old young girl was raped in Unnao, Uttar Pradesh, on 4 June, 2017. The rapist was none other than former member of the ruling party BJP, Kuldeep Singh Sengar. He was convicted in the rape case on 16 December, 2019. On 20 December, 2019, he was sentenced to life in prison. During the trial, he was also found guilty of the murder of  the rape-victim’s father.

Yet another case that will make you shiver from head to toe. A 19-year old Dalit girl was brutally gang-raped by four men who were from a caste considered ‘upper’ from that of the girl. The rape was committed at Hathras, Uttar Pradesh. The rape-victim was admitted to a hospital in Delhi, where she died two weeks later. To make things worse, the UP Police personnels cremated the rape-victim without the permission or presence of any of the members from her family. The case saw widespread protests against UP Police.

This case is as horrifying as it can be. A little princess, an 8-year old innocent soul, abducted, gang raped and murdered in ‘New India’. The unforgivable crime was committed at Rasana hamlet near Kathua in Jammu and Kashmir, India. The girl was reportedly missing and the villagers were looking for her when they found her dead body a kilometre distant from their village. The accused were arrested and tried in court on 16 April, 2018 in Kathua. If this was not enough to shake every single one of you, charges were filed against 8 MEN in April 2018.

Badaun Rape Case involved 2 victims of the deadly crime. On 27 May, 2014, In Katra Village of Badaun district, Uttar Pradesh, two young girls were gangraped and murdered. What CBI did afterwards would blow away your mind. After a long investigation, CBI concluded that there was ‘NO RAPE’! The suspects were released. However, it wasn’t late when the POCSO court rejected the CBI close report on 28 October, 2015.

In this case, a 22-year old Photojournalist was gangraped by 5 men, including a juvenile at the Shakti Mills, Mumbai. The victim was interning with a magazine in Mumbai when the crime was committed. Three were sentenced to death on 4 April, 2014 while the other two were put in prison for life.

On 28 April, 2016, A 29-year old girl, Jisha was raped and murdered at her own house in Ernakulam, Kerala. The dreadful crime gained a lot of social media attention and the hashtag ‘Justice For Jisha’ trended all over the country to help Jisha get the justice she deserved.

Suzette Jordan experienced the worst night of her life on 5 February, 2012 when she was gangraped by 3 men in a moving car at gunpoint! After raping, the rapists threw her out of the car at Park Street, Kolkata. Justice was served to her but as the phrase goes ‘Justice delayed is Justice denied’. Jordan did not live to watch her criminals being punished. The three accused were convicted on 10 December, 2015, nine months after Suzette had already died.

In June 2018, a nun accused a priest, Franco Mulakkal, of raping her 13 times between 2014 to 2016. The nun visited a convent at Kerala’s Kottayam District when the crime was committed on multiple occasions. Later, three more nuns came out and accused the Bishop of sexual misconduct. However, the superior general of the congregation insisted that the Bishop is innocent. On 20 September, 2018, the rape accused Bishop’s request for a leave and absence from his job as a Bishop and pastoral duties were accepted by Pope Francis.

While these are some of the rape cases that gained countrywide attention and some of them were served justice, but there are millions of cases, still pending, still lying somewhere below the piles of files. Despite being one of the most horrendous things one can do in his life, rape is the fourth most common crime in India. Is India really safe for women? Are we really heading towards a nation with its women empowered? The sense of patriotism in you would make you believe India is the best country for women but seeing all these numbers would force you to sit back and think for a moment. 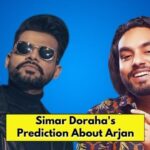 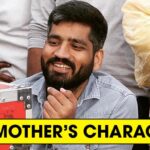