Today, many youngsters have a confusion surrounding how many Gurus are actually there in the Sikh religion. Some believe that there are 10 Sikh Gurus while some accept 11 as the number. The older generations seem to be more enlightened than the youth in this case. It can mainly be attributed to the fact that our fathers, grandfathers talked about religion, and told each other stories of the valor of our Gurus but the younger generation doesn’t seem to have time for it.

The 10 Human Sikh Gurus are:

In 1708, the 10th Guru ordered the whole ‘Sikh Sangat’ to consider Shri Guru Granth Sahib Ji as a living and the eternal Sikh Guru. There will be no Guru after the holy scripture. It is actually a compendium of hymns written by six Sikh gurus, 15 saints, 11 Bhatts (balladeers) and four Sikhs. To understand the term ‘eternal’ better, the holy scripture is actually a centre of Sikh worship and it is believed to imbibe the one light of the creator manifested in the Ten Sikh Gurus—one spirit in ten forms.

ALSO READ | We Bet You Didn’t Know These 3 Components Of Khanda: A Symbol Of Sikhism

“Sabh Sikhan Ko Hukam Hai, Guru Maneyo Granth”, these words from Guru Gobind Singh Ji, just before his demise ended the line of Human Gurus and declared ‘Adi Granth’ as his eternal successor. The event took place at Nanded (present-day Maharashtra) in 1708 and was recorded by an eye-witness, Narbud Singh, himself in a Bhatt Vahi. So, to conclude, there are 10 Human Gurus and an 11th, eternal Guru in the Sikh Religion. 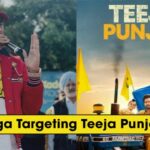 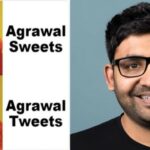