We came across many crime cases that happened in our country. And without knowing the truth and facts, in most of the cases, girls and women are blamed especially.

So, to highlight our patriarchal society, we wrote some cases which highlight what are crimes and what are not.

Going and enjoying out late in the night is not a crime, [email protected] is.

People in out country blame girl in [email protected] cases, as they say rapes happen because girls stay out late in the night. How about we confine boys in homes?

Recently, Goa CM Pramod Sawant criticized girls for staying out late in the night, and their parents for allowing them to do so. Reacting to the gang [email protected] of minors on a beach, the minister said, “They were on the beach the whole night, two boys and two girls. Teens, particularly minors, should not be spending the nights on beaches.”

Inter caste marriage or Marrying someone from another religion is not a crime, killing in the name of ‘love jihad’ is.

Though India is an independent and free country, it doesn’t seem the same while choosing a partner across the religious lines. For our people it is a matter of concern to marry in a different caste or region. Now state governments are coming up with laws to police the private lives of their citizens. Not just governments, people also do not have tolerance for interfaith marriages, be it in real life or advertisements and movies.

Showing love and affection in public is not a crime, moral policing is.

Kissing, Hugging or showing affection openly in public is a sin in our country. Not only sin but if the couples are captured anywhere doing this, they are beaten in public. Sometimes, they are even forced to marry.

Eating with people of upper castes is not a crime, lynching is.

The caste system is deeply rooted in Indian society. From segregating the house help or to openly murdering people belonging to lower castes, we hear such news very often.

Asking for divorce is not a crime, domestic violence is.

People in India think divorce is a crime. They can face domestic violence but they will not leave their husband’s house. Due to this, India reports the highest number of domestic violence cases in the world, while the divorce rate in India is less than 1%. Domestic violence is so normalized that it is not considered grave enough to end a marriage.

Being a single parent is not a crime, an abusive relationship is.

Instead of appreciating single parents in India, our society judges them on the basis of marital status. Women are specially targeted and judged harshly and stigmatized for their personal, marital and parenting choices in India.

Wearing short dresses or ripped jeans is not a crime, eve-teasing is.

Protesting peacefully is not a crime, beating a person to death is.

Recently we came across many tragic news about farmers’ protests and other incidents, where people are protesting peacefully but ultimately leading to numbers of death. The Indian Constitution bestows on us the right to freedom of speech and expression. But not to beat a person in a violent manner that causes death.

Hailing from Northeast or any other part of India is not a crime, discriminating against them is.

Hope you still remember the recent eve teasing case, where a group of northeastern girls of India were stopped on the street by men in Delhi who asked them what their “rate” was?

Consuming alcohol is not a crime, but harassing women after drinking is.

Justice Krishna S Dixit of the Karnataka High Court said he found the woman’s statement “a bit difficult to believe”. So he grant a bail to a rape accused. Rather than analyzing the case and objectifying the accused, Justice Dixit went on to ask why the woman had gone to her office at night – at 11 PM. Not only this, he even asked why had she not objected to consuming drinks with him and why she had allowed him to stay with her till morning.

Hence, these are some cases which definitely make clear as to what is not crime so that we do not blame people unnecessarily and let the accused go free in the process. 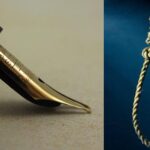 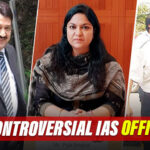