Sidhu Moosewala surely enjoys a massive fan following which includes fans from various age groups. His admirers are usually seen praising Moosewala on social media and also try their best to catch their favorite artist’s attention. But recently a young fan of Moosewala went too far, both literally and figuratively.

Reportedly a 14-year-old young boy from Behbalpur village, near Mahilpur traveled a total of 185 km to meet his idol; Sidhu Moosewala in Mansa. For this, he first cycled for 25 km and then took to buses for 160 km and reached Mansa.

The boy used to attend school with his two younger sisters in Banga. And when he did not come back home after school even at 5:30 in the evening, his parents reached the police station to inform him missing. The police then tried to track his phone which eventually was switched off. But after checking the CCTV footage, it was revealed that he didn’t attend the school that day. He was also captured buying a packet of potato chips and then at Banga Bus Stop.

The incident took place on Saturday and he was safely reunited with his family on Sunday morning with the help of the alertness of a private bus driver. 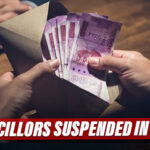 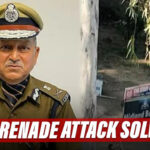