A movie is made with great performances by individual actors. Sometimes a character is written so well and the actor performs it so perfectly that the performance goes down in the history of the cinema. And this is what makes a cinema great. The Punjabi film industry is a powerhouse of talent and has some of the best actors who are enough to carry a movie to greatness all by themselves. And when these actors are given historic roles, they make a permanent place in the hearts of the audience.

Talking about historic performances, how can we not include Jaswinder Bhalla’s Advocate Dhillon in the list. One of the funniest characters to date, Dhillon has given the industry some of the most memorable dialogues. Dhillon’s verbal battles with his son Goldy (Binnu Dhillon) and Jass (Gippy Grewal) will always remain one of the best ever. Carry on Jatta is undoubtedly one of the best comedies ever made in Punjabi cinema and Jaswinder Bhalla’s character is a major reason behind it.

Do not take Babbu Bains lightly by any chance. Do not fall for her hotness and looks, because she is nowhere as sweet as she might seem. She can literally wound you with her sight. Sonam plays the strong and independent Babbu in Ardab Mutiyaran. The character basically is a way of portraying the various social battles women have to face in their lives and Babbu is simply not afraid of them.

Punjabi cinema wouldn’t have been the same if Binnu Dhillon wouldn’t have been its part. HE has had numerous memorable roles to his name but Neeru in Mr. and Mrs. 420 is just different. A guy turns girl for the purpose of convincing the Subedar (Jaswinder Bhalla) to provide them a room to live. Binnu absolutely shines in this unique guy-playing-girl yet humorous character. And, to add, Subedar falls in love with this beauty.

Jatt and Juliet is yet another movie that has made its permanent place in the hearts of the audience and Shampy is a huge reason behind it. The cute little innocent face is always subjected to the worst situations. What makes it worse is that no one falls for this cute little man, and he is always slapped, slapped in a streak of 3. What makes this character stand out is that despite all the hardships, the man is always wearing a smile and never fails to make the audience laugh whenever he comes on screen.

Whenever a list of movies that changed Punjabi cinema forever is made, Angrej is a permanent entry to it. Playing the role of a rich man from Lahore, Ammy Virk does not feel like he made his acting debut in the movie. Hakam is the reason behind the Angrej-Mano breakup. The character has been played so well by Ammy that he is haughty, funny, cocky and irritating at the same time.

Punjab 1984 is a movie that will give goosebumps to every Punjabi. The relationship between a mother and her son, later turned militant, is sure to make you shed a tear. Kirron Kher absolutely nails the performance. A mother, who could not breathe without her son, has to bear his permanent loss. The thought in itself is soul-shaking and watching Satwant Kaur go through it makes the viewer shiver.

Bambukat is not just a story about a motorcycle, the life of Parmider ‘Pakko’ Kaur narrates a completely different story. Due to her dark complexion, Pakko is not somebody who’s loved by people. But the major issue is, Pakko doesn’t love herself. All the taunts and bad treatment makes her think she’s not beautiful until Channan Singh enters her life. Channan Singh is exactly his name ‘Channan’ in Pakko’s life. He makes her believe she’s beautiful inside and out.

Bholla of Golak Bugni Bank Te Batua is what you call a free-minded man. The man has so much going on in his life, doesn’t have his parents to take care of him but still manages to see the positives of life and laugh everything off. He is also the man of every girl’s dreams. The statue of honesty has to earn everything in his life, even his love Shindi. In today’s world, with so much going on in everyone’s life, Bholla is a character for people to always stay strong, no matter what life unfolds for you.

Do not underestimate this character in the Nikka Zaildar series to be a cute one. She is the most savage character on the list. The head of the family, she is not a subordinate to anyone and her words are orders in the family. She is rude and doesn’t have a polite word or two for even her husband, yet she succeeds in becoming everyone’s favourite even with her rough behaviour.

Billu Bakra is the don of the region. You do not simply mess with somebody of Billu ustaad’s stature. He is the most absurd don you will ever see. Though he has a gun by his side and a band of hooligans with M16s, he is too stupid to be a don. He is easily fooled by his opponents, the stupidity makes the character even more interesting. Billu Bakra was a character that gave Punjabi industry BN Sharma as an actor and to date, this man’s art never fails to put a smile on our face.

Who does not like biopics and when the biopic is the success story of a world-cup winning captain, how can it not be spectacular. Harjeet Singh rose from poverty and achieved his dream of winning the Field Hockey world cup. Harjeeta might have become the captain of the Indian national hockey team but he is still the same introverted guy who cannot even be angry at someone. He fights with himself to acquire the qualities of a captain and ultimately as a result winning the world cup for the country. The film even earned itself two national awards.

How does this character not deserve a spot on the list of one of the best written characters? Bhagwant Mann is surely one of the greatest comedians in Punjabi cinema history and when he gets a character written like Bibo Bhua, it’s destined to be one hell of a funny character. The comedian turns a typical Punjabi aunt, who likes to gossip day and night, in this character. It is so perfectly written you will surely remember one of your family or neighborhood aunts seeing Bhagwant Mann in this avatar.

Karamjit Anmol’s addition in the Mr. and Mrs. 420 returns was surely a master move by the makers because this guy’s mere addition makes a movie a die-hard comedy. Owner of a marriage bureau, Karamjit ultimately has to disguise himself as Ganga, a tribal woman, just like the characters in the movie’s prequel did. What follows is Karamjit Anmol’s brilliance as an actor in the form of Ganga. The character specifically received great public review from the watchers of the movie.

Punjabis really seem to have fun in making men play women characters. But this produces some of the most historical characters in the cinema. Chachi Atro is surely one such historical character. Her comical videos on youtube make people laugh to date. She is a dominating yet hilarious character. Her punchlines will surely crack you. A lady so strong no man tries to mess up with her. She was surely a symbol of women empowerment in Punjabi cinema’s earlier stages.

These are some of the most perfectly written characters in Punjabi cinema. Punjab is home to one of the best regional industries in the country. Cinema is nothing without characters. Greatly written characters combined with legendary performances by actors bring out the best in a cinema and this list recognizes some of them. These characters are just like a bucket in a lake, there are so many more great roles that helped shape Punjabi modern cinema. A BIG THANK YOU to each and every artist who helps entertain us with such brilliance and live in our hearts forever.

ALSO READ | Sidhu to Singga: Here Are All The Ingredients Of Their Superhit Tracks 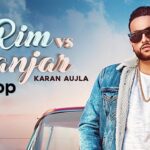 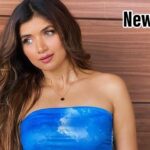