A 16 years old Rishmeet Singh died from a stab wound inflicted during a fight involving a group of people at about 9pm on Wednesday in West  London. Paramedics from the London ambulance service were called to an address on Raleigh Road in Southall. Moreover, social media footage shows an ambulance crew trying to save the boy’s life in the front garden of the house but the teenager died at the scene.

From the news reports of Evening Standard, the Police has arrest 19 years old boy in connection with the murder of Rishmeet. Further, they are now investigating the case that could help piece together the events of Wednesday night.

DCI James Shirley, who is leading the investigation, said: “My thoughts continue to be with Rishmeet’s family and friends following this development in our investigation.” “While one man remains in custody, we still need anyone who has any information about the events that led up to Rishmeet’s death to come forward and speak to us.”

Shirley added: “I want to take this opportunity to reiterate my appeal for anyone who was in the area around Raleigh Road just after 9pm on Wednesday and saw this incident to get in contact.

Meanwhile, Rishmeet is the 28th teenager to be killed in London this year. The most recorded in one year was 29 in 2008. Also, The Metropolitan Police officially named the victim as Rishmeet Singh, earlier named locally as Ashmeet Singh, and called on any witnesses to come forward with information or CCTV footage that could assist with the murder inquiry. 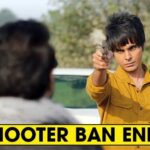 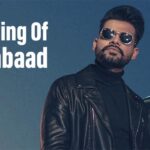