Our wait has finally been put to rest as the trailer of the highly anticipated film, Moh has been released. With Gitaz Bindrakhia and Sargun Mehta in the lead roles, Moh’s trailer is giving the true ‘Jagdeep Sidhu’ vibes as it has many elements what we have witnessed in the films like ‘Qismat’ and ‘Lekh’ but with some twists, timely.

The 3-minute long trailer lets us get into a ride of many serious emotions. The dialogues are what we can say, got deep down into our hearts. Without the shadow of uncertainty, Sidhu has been amazing when it comes to dialogues and Gitaz Bindrakhia-Sargun Mehta have portrayed them really well in the recently released trailer.

The Top 5 Dialogues From Moh’s Trailer

These dialogues are enough for us to hold our hopes high for the film and we really can’t wait to see more magic the movie is going to spread, watch the film in theaters on 16 September 2022.

Till then, watch Moh’s trailer here: 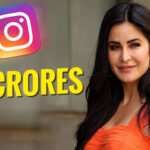 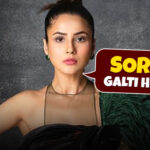