5 International Students gave the world the truest example of what a ‘heroic gesture’ looks like. The international students, who were all Sikhs, saved the lives of 2 drowning hikers, with the help of their turbans and jackets! Now, Canada is recognizing the heroic efforts of the young men and they were recently honoured at the Friday Diwali Night Vancouver Canucks Game.

On 11 October, the students were approached by a woman seeking help for her drowning friends. On arriving at the scene they saw two hikers drowning at the Lower falls, Golden Ears Provincial Park. They had no equipment to rescue the people in need and couldn’t even call 911 as there was no cell service in the area.

The group of students suddenly recalled a video wherein several Indians removed their turbans to help someone pull out to safety. They decided to pull off the same. They made a long rope using only their jackets and turban and luckily, it was just enough to rescue the drowning hikers.

The rescuers, Gagandeep Singh, Gurpreet Singh, Arvindjeet Singh, Kulinder Singh and Ajay Kumar were also honoured with a heroic award by Ridge Meadows RCMP for successfully pulling off the rescue. Not only did they save the lives of two, but also made their community proud.

Turban is viewed as a symbol of utmost pride and respect in the Sikh religion and culture, and the students used it to save the lives of drowning people. Supt. Wendy Mehat handed over the awards to the students and also said that in her 21 years of experience in the Police, she’s never heard of such a brave rescue by anyone.

After receiving the heroic awards by the Ridge Meadows RCMP, they have now been honoured at the Vancouver Canucks Game. The students wore Vancouver Canucks jerseys and were honoured. The young men have represented the Sikh community & the international students community and given the prime example of bravery and fearlessness. 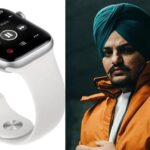 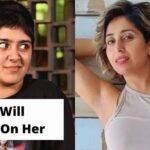