But spreading the positivity there have been some films which really helped us in restoring our faith in Punjabi Film Industry. And here we have got you some names of such films.

Before any other introduction to the movie, it is really important to note and remember that this film has played a major role in reviving the Punjabi Cinema. This was a big hit after the major disappointment from many Punjabi films.

This film starring Harbhajan Maan, Priya Gill, Kimi Verma, Navneet Nishan and many more is a focused story on the lives of people who are dedicated to migrate from India & settle in other countries. This film has beautifully presented the love for motherland Punjab.

Jimmy Shergill, Kulraj Randhawa, Anupam Kher, Raj Babbar, Archana Puran Singh & Gurpreet Ghuggi starring Tera Mera Ki Rishta is a film featuring many more popular actors of today’s time. The way the story in the film is presented with great music, was really different when compared to other films of that time. This film has an amazing and beautiful plot, balancing love & comedy at the same time. You will definitely have a lot of ‘aww’ moments watching this film.

We are very sure, if you have watched this movie even once, you must be in love with this film. From the storyline, actors, songs, and everything else, this film is definitely something one of its kind. Where there is everything so well placed and perfectly defining the beauty of old Punjab, there is also a pure and innocent love story blooming in the plot.

Not only it has contributed to up marking the level of cinema in Punjab, but it also is an artistic present for the lovers of literature.

Punjab 1984 is a commendable film that tackles the subject of Anti-Sikh riots in 1984. The title of the film is the year 1984, which can never be forgotten by Punjab is its people, and so is the story of this film. Kirron Kher and Diljit Dosanjh in lead characters have presented there one of the best performances in this film. This film restored our hopes and faith in Punjabi Cinema because this film was a great example that was loud enough, telling the world, that Punjabi Films are not always about fun, comedy, and love triangles only.

No doubt every film of Punjabi Cinema is a fun & comedy content in some way. But the two parts of Carry on Jatta, which were both superhits has set a different and really high standard for the level of comedy running parallel to the storyline of the film. The film has really approaching dialogues, which one can never forget in a lifetime, just like, Jaswinder Bhalla’s “Dhillon ne kala coat avein ni paaya”.

And the most beautiful and impressive fact about the film is, both the parts, with a gap of complete 6 years have the same star cast. One can never get bored of watching this film again and again.

Diljit Dosanjh & Neeru Bajwa were seen together in this movie for the very first time and were successful in winning the hearts of the audience.

Punjabi Movies have been presenting love stories since long, but the plot of this film see.s quite different, because one doesn’t lose interest in any of the scenes. Also, Jatt and Juliet was the film which made us believe that there are some really great actors in our industry too.

Qismat is not only the biggest hit and favourite of people of all times but also a film that let us know Punjabi cinema is in no way any less than Bollywood. This is a film, one can never forget because it was strong enough to get love from a hardcore comedy loving audience. It is a complete package of emotions, which leads to uncontrollable tears in the eyes of the viewer.

These were some films, which somehow were out of the box and were proof to the world that Punjabi Cinema is not sleeping. We hope our cinema in Punjab keeps on working on such beautiful projects so that we can proudly say, yes Pollywood is a complete and perfect cinema in itself. 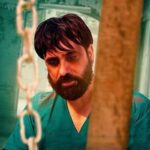