A horrific incident happened in Queens, New York where a 70-year-old Sikh man was attacked in the early morning. Police said the attack was unprovoked and left him with severe injuries and a broken nose. And now, the South Asian community is angry and concerned for their safety.

On being asked about the attack, the victim Nirmal Singh described the schene to CBS2’s Leah Mishkin. “He was just walking and he came from behind and hit him in the face,” Nirmal Singh’s translator said. The Sikh Cultural Society public policy chairman Harpreet Singh Toor translated because Singh does not speak English. He told Mishkin that Nirmal was walking to the temple early Sunday morning. At that time a man reached him and punched him in the nose. It also caused him to fall to the ground. According to Toor, the 70-year-old was attacked because of his appearance.

Toor further said, “Any attack in the name of just because you look different is an attack against everybody, not just that person, and it’s got to stop.”

After this community Activist Japneet Singh said that the community has undergone hate crimes, especially those who wear a turban. Now, all they are asking for is more protection and police at a time of this issue.

Human Rights Commissioner Gurdev Singh Kang also stated, “Our uncles, our parents, they’re coming to pray and now they’re going to feel scared because they don’t know who is going to be victimized in that kind of situation.”

Kang is calling on Mayor Eric Adams and NYPD Commissioner Keechant Sewell to examine the case. When asked if Kang believes the attack was a hate crime, Kang said, “Yes. It’s not the first incident that has happened in this area. It happened before, too.”

Moreover, people living near Nirmal Singh’s house said they will be keeping a close eye on the elderly. Also, people of the community will make sure that Nirmal Singh will not be alone till the accused gets arrested.

The attack happened around 7 in the morning, near 95th Avenue and Lefferts Boulevard in South Richmond Hill. It was near his stay i.e. Sikh Cultural Society. Nirmal Singh walked Mishkin to the area where the attack happened. He had only arrived in New York two weeks ago from Canada. Further, as far as this investigation – is very active, but no arrests have been made. 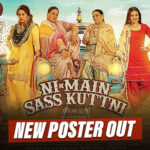 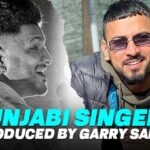