Tim Burton’s Wednesday has been a smash on Netflix since its release in November 2022. Based on the character Wednesday Addams from The Addams Family, Wednesday is a coming-of-age supernatural comedy horror television series.

Variety reports that the horror comedy Wednesday, directed by Tim Burton, is on track to surpass Stranger Things 4’s record for the most hours watched for an English-language series in a single week, with 341 million hours watched in its first week.

While juggling between fantasy, horror, mystery, and comedy, the eight-episode season Wednesday follows the story of the ooky adventures of Wednesday Addams (Jenna Ortega), a student at the boarding school called the Nevermore Academy. Like any other classic Netflix teen show, Wednesday Addams (Jenna Ortega) attempts to uncover mysteries, becomes involved in a love triangle and clashes with authority officials at her boarding school for supernatural youngsters.

There’s a good chance you’ve already watched all of the episodes of Wednesday Season 1 and are looking for something similar to watch while you wait for Season 2. The great news is that there are a bunch of shows like Wednesday, especially on Netflix, because it shares so many characteristics with other shows. Put on your finest black attire, pack your cello, and get streaming.

Although The Addams Family existed long before Buffy the Vampire Slayer, the snarky teen supernatural drama genre that Wednesday took up was basically invented by Buffy. The title character, played by Sarah Michelle Gellar, must strike a balance between killing monsters and doing normal teen girl things.

Although Sunnydale High isn’t technically a magical school, it might as well be because of its werewolf students and demon principals. She is even involved in a love triangle with two vampires, the sultry Angel (portrayed by David Boreanaz) and the violent Spike (portrayed by James Marsters).

Lovecraft Country, which is based on the book by Matt Ruff and follows veteran Atticus Freeman (Jonathan Majors), his Uncle George (Courtney B. Vance) and his friend Leti (Jurnee Smollett) as they travel across 1950s America in search of his father who has gone missing.

It began as a journey across the United States before expanding to encompass time and space. There are also supernatural beings and racist white people they meet in Jim Crow America. Throughout the story, the characters face intense generational trauma as they try to survive and defeat any evil that comes their way.

The show won two Emmy Awards (one for Michael K. Williams’ performance as Atticus’ father) out of 18 nominations, including Outstanding Drama Series.

The story of a New Jersey high school soccer team travelling to Seattle for a tournament when their airplane crashes in the wilderness, leaving the survivors to fend for themselves for 19 months. The story is told through two timelines. The series follows the lives of four core survivors 25 years later, in the present day, as someone stalks them. While half of the show takes place in that period, it also follows the life journey of the two young men travelling with the teenage girls as they fend for themselves, make bad decisions, and get involved in something spiritual, if not downright supernatural. We still don’t know who or why at this time. Like Wednesday, the first season ended with a major cliffhanger. Ricci plays the adult Misty Quigley, one of the core survivors who has quite the dark side, on the show, which has already received seven Emmy nominations.

This psychological thriller, based on the books by Caroline Kepnes, follows bookstore manager and serial killer Joe Goldberg (Badgley), who falls in love and becomes obsessed with several women. Penn Badgley portrays Joe Goldberg, a true freak who hides behind a quiet persona and his propensity to stalk, obsess, and, in most cases, kill. Ortega plays Joe’s insightful adolescent neighbour when he moves from New York to Los Angeles to restart his life. The show maintains a dry comedic tone throughout, balancing darker subjects in a way similar to the way of life of the Addams family’s main character.

The supernatural horror drama, which follows Sabrina Spellman (Shipka), a half-witch and half-mortal who must accept her nature to defend her family and the daylight world itself, is based on the comic sequence of the same name by Roberto Aguirre-Sacasa, also created this series. Sabrina is a teenage girl living in the fictional town of Greendale and the daughter of the Church of Night, her family’s legacy.

Seasons: 3 and a spin-off

This adult drama incorporates Victor Frankenstein (Harry Treadaway) and Dorian Gray (Reeve Carney), among other prominent characters, into some of literature’s most terrifying characters. This show, like Wednesday, is based on a larger character history, and it also looks at how women can fit into a horror story by looking at beloved villains. It might even teach them something about famous characters from the public domain that they haven’t seen on bookshelves yet.

This young adult drama, which Aguirre-Sacasa also adapted from Archie Comics, follows the adolescent residents of the town in question as they meet after one of their own is found dead. The show borrows more themes and a tone from the “After Dark” series of books than the classic comics. Jughead Jones, played by Cole Sprouse, occasionally narrates the show. K.J. Apa plays the notorious Archie Andrews, Lili Reinhart plays Betty Cooper, and Camila Mendes plays Veronica Lodge. Like Wednesday’s dark teenage angst, this series is eerie, odd, and self-aware, with drama and scandal, and has horrifying twists.

The superhero series takes place in a world where 43 women give birth simultaneously despite not showing any signs of pregnancy. Sir Reginald Hargreeves (Colm Feore), a strange billionaire, adopts seven infants and raises them in the fictitious school, and each child possesses unique supernatural abilities.

The first episode of the series takes place in the present when the siblings are all estranged from one another but are reunited when they learn that their adoptive father has passed away. Naturally, what follows is not just a family reunion or a story about grief; one of the siblings brings news of an impending apocalypse, which they must stop together and band together to stop.

However, that’s not so simple either, as they quickly discover that they alter aspects of the space-time fabric in ways that have catastrophic ripple effects when attempting to save the world. This show, like Wednesday, explores the ideas of a chosen family and being an outsider, which fans of the series are sure to enjoy. The show has received six Emmy nominations thus far.

So, here is the list of 8 shows ranked by Metascore that are perfect to binge watch till you wait for Wednesday, Season 2. 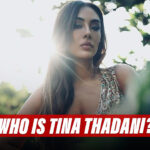 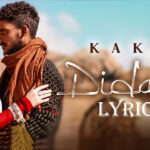