On Tuesday, drugs were confiscated by Canada’s Toronto police. The drugs are 1000kg which is worth 61 million Canadian dollars. It is the largest drug bust ever. 20 people are involved in international drug smuggling, including a minor and some Punjabis living in Canada as per the reports of local media.

Police chief James Ramer said, “it is the first time we have seen something at this level of sophistication,” in a press conference confirming the bust on Tuesday morning.

Moreover, the smuggling ring was busted after a six-month-long investigation, code-named “Project Brisa”. It contains cocaine, crystal meth and pot which, according to local media reports, was being transported between Mexico, California and Canada in modified tractor-trailers.

Toronto Police chief James Ramer posted on his Twitter handle, “Project Brisa resulted in the seizure of 1,000+ kilos of drugs worth over $61 M and the arrests of 20 people so far. Thanks to our partners and the hard-working members of @TorontoPolice Drug Squad, we’ve made a significant dent in the cross-border importation of cocaine/meth,”.

The investigation started in November 2020 and continued till May 10, according to the reports. Police said the trailer was modified in such a way that it can carry 100 kg of substance in one trip.

During their investigation, the Toronto Police spotted a person known as the ‘Trap Maker’, who reportedly built the hidden spaces used for transferring drugs. The 43-year-old turned himself in last week, the media reported quoting police.

Despite the 20 arrests, police are still on the chase for two suspects allegedly attached to the vast drug operation. 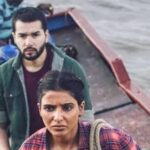