India is a country of history. The modern independent India we breathe in, has not reached here very pleasantly. We lost some of our greatest warriors in years long of struggle. The first civilization in the world, The Indus valley civilization took centuries and millions of deaths to evolve from Indus to India. The country has always been fighting for its independence, from Mughals, from Britishers and many more. The freedom struggle of 1947 from the British Raj remains the stand-out war of India’s independence. 200 years, millions of deaths, politics, divisions, mere talking about the struggle to your grandparents, who have seen the struggle from their naked eye, would break their hearts. The struggle was led by prominent figures and every drop of blood shed for the country was important, but a 23-year old freedom fighter always stands out. Shaheed Bhagat Singh’s name is engraved on the history books in golden words. While the nation mourns the 90th death anniversary of Shaheed-E-Aazam Bhagta Singh, here are 5 lesser known facts about the brave warrior:

Shaheed Bhagat Singh left the world on 23 March 1931. But his bravery, fight for the independence of billions of people always keep him alive in the hearts of Indians. Every year, the whole country mourns the sacrifice of the brave son of the country and pays tribute to him. The tributes are of no importance if we cannot follow his guidance and make India the country that our freedom fighters imagined. Every citizen of the country is bound to make India the way people who sacrificed their lives for it, wanted.

Also Read: How Much Money Does Diljit Dosanjh Take For Singing A Song In A Film? 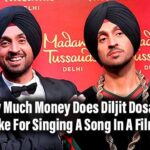