Don’t call yourself a fan of Punjabi Music Industry if you aren’t aware of the name; Arjan Dhillon. He is one of the most popular and in demand singers and lyricists of Punjabi Industry. He has entertained us with various superhit and chartbuster songs, and has earned love from millions of fans from across the world.

And recently he won our hearts once again as he talked about his inspiration. But before we disclose what it is, let us tell you that recently Arjan Dhillon held a Q&A session on his Instagram story in which his fans asked him various questions about his upcoming projects, collaborations and much more.

And in the same session, a fan was curious to know about what has inspired Arjan Dhillon the most and he asked him, ‘Who is ur inspiration’. And what Arjan replied to this will win your heart too.

Arjan Dhillon replied that everything around him has inspired him equally he doesn’t feel there is any lack of inspiration in Punjab. He wrote, ‘Panjab ch jammke inspiration labhan di lod nahi paindi char chufere inspiration hi inspiration’.

We are sure Arjan’s answer must have satisfied the curious fans. But this Q&A session had a lot more that revealed amazing surprises for fans. Like, do you know that Arjan Dhillon has just confirmed a collaboration with Nimrat Khaira and that too for an album? 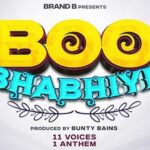 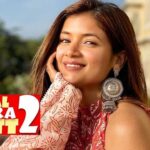