Jagtar Singh Johal, from Dumbarton, was arrested on November 4, 2017 from Jalandhar by the Punjab Police for his alleged role in targeted killings reported from April, 2016 to October, 2017, including the murder of RSS leader Brigadier Jagdish Gagneja (Retd). He is yet to stand trial in any case he stands accused in, and is currently lodged inside Delhi’s Tihar jail.

Amidst this, a United Nation group has called for the immediate release of British national Jagtar Singh Johal. According to human rights investigators at the UN, the detention of a Scottish Sikh man in India has no legal basis. The United Nation’s Working Group on Arbitrary Detention has said that Mr Johal has been detained “arbitrarily” and should be released immediately.

In their report, the authors said he was abducted by 15 plainclothes police officers who placed a hood over his head and pulled him into an unmarked car. As per the 17-page report, “Mr Johal was targeted because of his activities as a Sikh practitioner and supporter and because of his activism writing public posts calling for accountability for alleged actions committed against Sikhs by the authorities”.

Meanwhile, the Indian government has said that his detention was based on sufficient prosecutable evidence, and his rights had been “duly honoured”.

The working group is a panel of experts which investigates whether a person’s detention breaches accepted standards in international human rights law. It called on the Indian government “to take urgent action to ensure the immediate unconditional release of Mr. Johal” and “accord him an enforceable right to compensation and other reparations, in accordance with international law”. In a new finding on the case, it stated that there had been “violations of international human rights norms and standards in the arrest and detention of Mr. Johal” as well as “multiple violations of right to a fair trial.”

It called on the Indian government “to take urgent action to ensure the immediate unconditional release of Mr. Johal” and “accord him an enforceable right to compensation and other reparations, in accordance with international law.”

While Gurpreet Singh Johal, his brother, has said that his family was “dreaming of the moment” he was reunited with them.

“We’ve known from the start that there’s no good reason for Jagtar’s imprisonment and in four years the Indian authorities haven’t produced any evidence against him,” he further added. 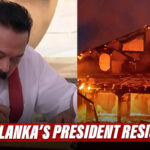 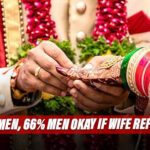