Punjabi singer Ninja who is loved for his vocals and style statement has announced a new song for his fans. The song will be titled ‘Aadat Ve’ and will be released soon. Ninja took it to his Instagram account, where he shared a post to announce the same. He has revealed the poster and a few important details of the songs on the Insta post.

The poster looks appealing and romantic as it shows a picture of holding hands, but its dark shades is also giving us hints that this song can be a sad romantic track as well. In the caption also, Ninja mentioned that, ‘Brace yourselves because this story of love is going to be your #aadat. Dropping Soon’

The poster and Ninja have also revealed more details about the song, as the song will be sung by Ninja obviously, its lyrics are written by VV, the music is given by Gaurav Dev & Kartik Dev, and the video is directed by Team DG.

The music video of ‘Aadat Ve’ will feature model and actress Aditi Sharma opposite Ninja. The exact release date of the song isn’t out yet, but the fans have already started expressing their excitement for the same. Some commented about liking the poster, and others are demanding for its early release.

But if you’re a fan of Ninja, then you must know that Ninja released a song in 2015 with a similar title. Yes we are talking about ‘Aadat’ which was a huge hit and helped Ninja earn fame and a special place for himself in the fans’ hearts. Aadat was a sad romantic track, and the same is our expectations from Ninja’s upcoming Aadat Ve. 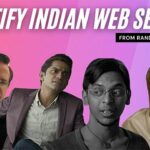 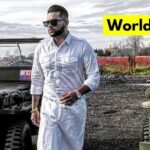