Jazzy B’s new song ‘Aaja Bapu’ has been released and it is grabbing all the attention and love from all around. The song is composed and released to thank all dads who nurture their child and protect them from all the life troubles and that too all silently.

The song has been penned by Rana Ranbir and voiced by none other than Jasvinder Singh Bains. Music is given by Kuljit Singh and presented by Dinesh. The song features several photographs of artists with their father and a short clip of Jazzy B’s father. The video itself makes you emotional and on the top, the song lyrics will force you to hug your father, talk to him or remember him in your memories.

This song is special for one and all as it talks about the emotion of a child for his father. In one moment fathers show their love for the kids and in another they garb an attitude of rock-strong person to give life lessons to their offsprings. Father is no less than a god and owing to his efforts the whole family lives a peaceful life.

Rana Ranbir and Jazzy B collectively want to convey their hidden desire to hug their father which they were unable to do when they were with them and missed the golden opportunity. They want to motivate others to appreciate their father’s doing, because of the fathers they reached the pedestal of success.

Have a look at the songs: 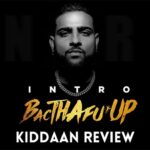 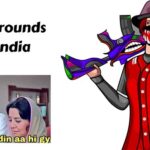