Ammy Virk’s movie ‘Aaja Mexico Challiye’, which we all have been waiting for, is finally in theaters. It was one of the most anticipated Punjabi movies and we have finally dotted down its review for you. It surely is a multi starrer movie with actors from India and Pakistan. No fan is unaware of the fact that the movie is based on the story of illegal immigrants who wish to settle in America.

We won’t say there is any lead actor in this movie as each and every character of this movie is pivotal and has contributed to make it a worth watching. It stars amazing actors like Ammy Virk, Nasir Chinyoti, Zafri Khan, Honey Mattu, Mintu Kapa, Yasaman Mohsani, Sukhwinder Chahal & more who have been brilliantly directed by Rakesh Dhawan. The movie shows the struggles, not only of the migrants but their families too. From how they land in the traps of agents to how their dreams are shattered one by one, there are moments which will wrench your heart and make tears roll down your cheeks. You must have heard various stories and tales of illegal migrants and this movie tried its best to touch every possible aspect and perspective of their stories. And for it, the cinematography of the movie deserves appreciation as it wasn’t an easy task to make the audience understand how difficult and exhausting the journey of migrants in reality is. It shows the starcast crossing jungles after jungles, struggling for survival, staying in an improper environment and adding to it is the limitation of resources.

The audience expected this movie to be full of emotional moments and the director took proper care of the same. But to balance out the emotions, the movie also includes various jokes and punches which ensures the audience stays entertained throughout in every possible manner. And talking about the acting skills of the actors, we need to mention that from Ammy Virk to Yasaman Mohsani, the star cast proved to be a perfect cast. And another thing that contributed to raise the quality levels of the movie was the voice of Bir Singh. His vocals in songs were the biggest reason for making us connect to the storyline and whatever the characters went through. The playlist and background score of the movie has turned out to be our favorite element as it kept the feel of the story alive till the end.

If we mention the best moments of the movie, there were some specific scenes which will make your heart skip a beat. Yes, they were so heart wrenching, breaking and melting as well. The deaths, the emotions, their bond, and how they all (migrants) become each other’s support; are all the moments which have been crafted with immense and intense emotions. And the most emotional scenes with the maximum intensity were the climax and the ending. Though they cannot be revealed, we can ensure they will leave you numb.

But what keeps this movie away from getting a 5 star is the fact that no matter it was an emotional treat for all the fans, but it had some loopholes which restricted it to connect to our heart completely. The first disappointment for us was the first interval of the movie, which felt a little less effective that what we wanted it to be. And also to mention, we couldn’t accept the not so required jokes and humor in between the extremely emotional and serious scenes, because they seemed absolutely illogical to us. Apart from it, we’d be impressed if the character development of starcast apart from Ammy Virk were also kept it focus, and especially of Yasaman Mohsani. We liked how the makers included her character to show how difficult things can turn out for a female migrant but the makers failed to get proper benefit of it. There were various moments which could have made the movie stand out, but they went unutilized. We wish we could mention about them in detail, but that will spill the beans and turn out to be spoilers. Also, how apt it’d have been if the emotions of the family were also given more screen space.

Overall, we conclude Aaja Mexico Challiye to be a worth watch, because its initiative to highlight the struggles of illegal migrants and their story is worth all the praises.

While watching the movie, we could easily relate the film’s story with all such tales we have heard around us. And that’s why Aaja Mexico Challiye has won a ‘Must Watch’ tag from us. 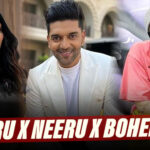 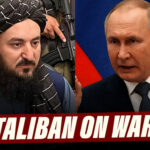