The Aam Aadmi Party on Friday, citing an old video of wrestler Divya Kakran campaigning for the Bharatiya Janata Party in Uttar Pradesh, slammed her amidst the ongoing tussle between Divya, the commonwealth bronze winner, and the AAP government of Delhi for not providing her assistance.

The video shared by the Aam Aadmi Party shows Divya Kakran seeking votes for the BJP during the assembly elections held in Uttar Pradesh in February this year. In the video, while campaigning for the BJP, Divya says, “Vote for the BJP as we all know what Modi Ji and Yogi Ji have been doing for us. Be it sports, education or health, there has been a lot of progress.”

Capt Shalini Singh, the AAP’s nominated councillor and Joint secretary of the party’s women wing in Delhi, in a tweet, lashed out at wrestler Divya Kakran. Citing her video, Capt Shalini said, “She openly seeks vote for Modi and Yogi, but asking for “notes” from Kejriwal. This is unfair! I believe that the sportspersons should stay away from politics.”

However, the BJP has lashed out at AAP MLA Saurabh Bhardwaj over his tweet on wrestler Divya Kakran. Furthermore, this matter has initiated a war of words between the AAP and the BJP. This all started with Divya Kakran’s tweet, questioning the AAP government of Delhi for not providing her with any assistance.

The Aam Aadmi Party government, in a reply to Divya’s claim, stated that Divya has not applied for any assistance yet and that she has been representing Uttar Pradesh, not Delhi, since 2017. 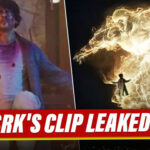 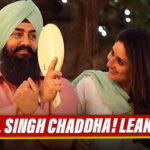