Various pictures of Aam Aadmi Party’s MP Raghav Chadha have been surfacing all over the internet. In the series of pictures, Chadha is seen making his ramp debut wearing a black leather jacket and pants over a burgundy high-neck.

Reports suggest that Raghav was the showstopper for designer Pawan Sachdeva at the Lakme Fashion Show. He walked the ramp with Helmet star Aparshakti Khurana.

As soon as the pictures and videos of him walking the ramp were dropped on social media, they have been shared massively on social media by several users and his followers.

For the unversed, Aam Aadmi Party had won a sweeping majority in the recent Punjab Assembly elections winning 92 out of 117 seats. And recently the party announced its five nominees for Rajya Sabha, which also includes the name of Raghav Chadha along with Ashok Kumar Mittal, Harbhajan Singh, Sandeep Pathak and Sanjeev Arora. The vacancies in the state happened as the term of the sitting MPs ended on 9 April.

Also, Raghav Chadha became the youngest Rajya Sabha member at age 33. He was instrumental in AAP’s success in the Punjab assembly elections. 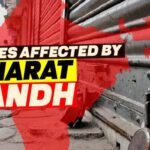 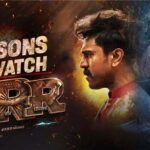