According to Punjab minister Gurmeet Singh Meet Hayer, Simranjit Singh Mann of Sangrur should really apologise for referring to the great freedom fighter Bhagat Singh as a “terrorist” on Friday.

In a Tweet in Punjabi language, minister Gurmeet Singh Meet Hayer said, “A newly elected Member of Parliament has insulted the sacrifices made by legendary martyr Shaheed Bhagat Singh Ji, who laid down his life for the independence of the country.”

“The people of our country are able to breathe today in a free nation because Sardar Bhagat Singh, Rajguru and Sukhdev sacrificed their lives at a very young age for our country. Unfortunately, Simranjit Singh Mann has no respect for a national hero, ” said Gurmeet Singh Meet Hayer.

What was the statement given by Simranjit Singh Mann?

While talking to the media personnel in Karnal on Thursday, when asked about his past referral to Bhagat Singh as a “terrorist”, Sangrur MP and SAD (Amritsar) chief Simranjit Singh Mann said, “Sardar Bhagat Singh had killed an Amritdhari Sikh constable Channan Singh, he hurdled a bomb into the national assembly then. Now you tell me, was he a terrorist or not?” 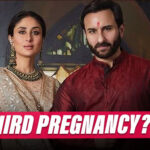 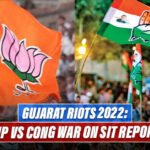