You must have noticed it or not, but every time you switch on the AC in your room, it will start at 24 degrees Celsius. And it’s because the central government of India with the Bureau of Energy Efficiency had notified new energy performance standards for RACs (Room Air Conditioners).

BEE had launched a programme of fixed-speed RACs in 2006, which then became mandatory in 2009. But do you know why this happened and what’s your benefit with it?

Also Read: Have You Noticed Anupam Kher In THIS Punjabi Movie, Features Archana Puran Singh Too

The BEE said that all the RACs will have to ensure a default temperature of 24 degrees Celsius. And it was done because this had the efficiency to save 24 percent of energy.

As per the report of Money Control, ‘The overall potential for energy conservation through such measures is estimated to the tune of 20 billion units annually. If about half the consumers adapt to such recommendations, this would result in about 10 billion units of electricity, which is equivalent to the reduction of 8.2 million tonnes of carbon dioxide per year.’

And talking about the savings in electricity bills, if you increase your AC temperature from 18 to 24 degrees Celsius, it will start by helping you to save almost 4000 INR annually.

And if you went on to increase the temperature to 27 degrees Celsius, you can easily save up to 6500 INR per year.

Not only in India but the regulations have also been set in countries like the US and Japan. In Japan, the default RAC temperature is 28 degrees Celsius and in the US, it’s 26 degrees Celsius. 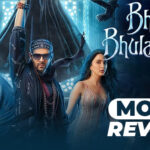 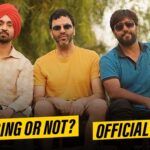