The national as well as the state security agencies have been working day and night to nab the gangsters in Punjab and its neighbouring states. Furthermore, today, the NIA (National Investigation Agency) conducted raids at several places in Punjab, Delhi NCR, Haryana and Rajasthan.

Reportedly, these raids are in connection with the accused links of the gangsters and drug peddlers with these people. As per the media reports, an organiser of a Kabaddi tournament – Jagga Jandian, had been on the radar of the NIA. Additionally, Jagga’s house in Jandian village, Bathinda, has been raided by the NIA officials today. However, not just this particular place, but the NIA team conducted raids at several more locations in Bathinda.

Apart from Punjab, even in Delhi NCR and UP, as well as in Rajasthan and Haryana, the two neighbouring states of Punjab, the teams of National Investigation Agency have conducted raids at various locations. Reportedly, till now, the raids have been carried out at more than 50 places, covering the residences of many gangsters as well.

On August 26, a case was registered by the NIA after identifying some of the “most desperate gangsters, gang leaders and their India and abroad based associates” who had been carrying out criminal and terror activities in the country. Moreover, after taking over various cases from Delhi police, the NIA conducted raids at various locations in Punjab, Rajasthan, Haryana and Delhi on September 12.

Furthermore, today’s raids are seen as a big action against the gangsters and drug peddlers who have been carrying out several illegal activities, damaging the peace and communal harmony in various states. Notably, the gangsters have been on the radar of the state as well as the national security agencies for a long time.

Additionally, a lot of gangsters including Lawrence Bishnoi, the who claimed responsibility for Moose Wala’s murder, have been in custody, and the agencies have been continuously arresting their associates as well. 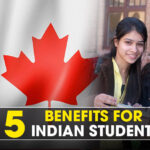 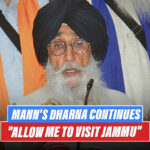