Popular model-turned actress Alankrita Sahai has been robbed of Rs. 6.5 Lakh Rupees by unknown masked men. Three robbers entered her rented accomodation at the second floor of a three-storey building at Sector-27, Chandigarh. She was then looted of 6.5 Lakh rupees forcibly by the masked men at knife point.

According to the sources, the actress had recently purchased some furniture from Kharar and some of it was delivered at her rented accomodation. She reported to the Police that she suspects one of the robbers to have visited her home at the time of the furniture delivery. She also added that one of the robbers took her ATM card and withdrew Rs. 50,000 while the other two kept a watch on her.

This scared Alankrita who started shouting for help. This made the robbers immediately flee from the spot. They jumped from the balcony of the building to the first-floor and then finally ran away. Senior police officers SP (city) Ketan Bansal, DSP (east) Gurmukh Singh, SHO PS-26, Inspector Jasbir Singh, crime branch Inspector Harinder Singh Sekhon and others rushed to the spot. The suspects have however been captured on the CCTV cameras of the area.

The police have constituted two separate teams. One of them has been sent to Kharar and the other to Mohali to verify who was sent to deliver the furniture. Alankrita is a well-known name in the acting industry. She’s appeared in many superhit Punjabi music videos like ‘Coka’ by Sukh-E. She’s also starred in many Bollywood films like ‘Namaste London’. The Police is positive that the law-breakers will soon be identified and required legal action will be taken against them. 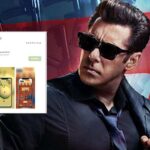