Queen fame actress Lisa Haydon has made another baby announcement. The actress, who is married to Dino Lalvani and has two sons, shared the news on her social media handle where her son jack made an entry between the video and revealed the gender of the Baby.

She Captioned “Coming this June,” wherein video she said, “So I’ve actually been meaning to get on here and chat with you all, and to catch you all up with stuff that’s been happening lately and when her son jack enter in the video she said “Can you tell everyone what’s inside mummy’s tummy?” , “A baby sister!” he replied

Take a look at the video:

Previously, actress Lisa has also shared her love story with her husband, as she wrote: “We spent a lot of our time on the move. He would fly to see me. I would fly to see him. I’d be away on work, he’d be away on work. Trips to see our families, holiday trips. There was always a trip. When travel bans were enforced it didn’t take long to realise this was a blessing in disguise. We gained the luxury of time, time to build rituals and routines. Morning workouts, work, school runs, movie nights, dinners at home with friends, taco night, sushi night, and our fav DIY Pizza nights, Saturday morning breakfast at our local, Sunday afternoon family hike, kids football on Wednesdays, tennis on Thursdays. It doesn’t matter where we are now, there is a gift the last 18 months brought us. Time.
This year I’m gifting him a watch so that we both remember the luxury of time.”

The actress seems extremely happy as she is going to be a mother for third time. She as always has announced her pregnancy in a very unique way. 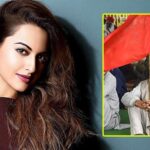 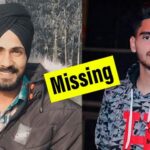