It’s been more than a year since farmers’ protests started in India and to this our Punjabi celebrities are showing regular support for the farmers and their rights. One such artist from the industry is Sonia Mann who has been taking a constant stand for the events happening every other day.

Sonia Mann was on her way to visit the village, Lakhimpur Kheri, following the unfortunate events that happened a few days ago where she got arrested by the UP Police without any pre knowledge and arrest warrant to her. She was stopped by the police on the way to her visit to the farmer’s house on their death rituals, who lost their lives in the recent incident.

Sonia shared the arrest news on her instagram and said in a video note that the police restricted her entry in Lakhimpur Kheri without even telling her the reason for it. The force asked her to follow their car to the police station and finally arrested her after reaching the station.

The actress questioned the UP Police several times for the reason for her arrest but they did not open up in any case. “It is unfair to arrest me without any previous note and warrant against her. Democracy is dead in this country. At Least they could have pleasantly told us to back their vehicles and leave the spot but they stopped me from visiting and entering the village, Lakhimpur Kheri and took me in their custody”, shared Sonia Mann.

Punjabi industry is whole heartedly standing together in these hard times and this is not the incident that any artist or Political leader got arrested because of extending their support to the farmers. We have witnessed many former arrests of the artists and now this has come upto Sonia Mann. 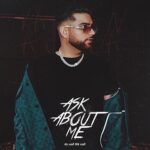 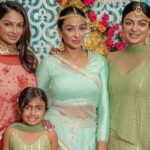