Chann Di Kudi, Baddlan Di Bhain, Saare Tainu Bijlee Bijlee Kehn, these lines are still heard all over the social media and during this time, Harrdy is back with the surprise of his upcoming new single track.

People were still figuring out how to stop grooving to the catchy and viby track of the artist when he uploaded the first look poster of the forthcoming song which is titled as Kudiyan Lahore Diyan. The poster has Harrdy Sandhu on it in a very sexy yet hot look. Talking about the credits, the evergreen and superhit trio of Jaani-B Praak- Harrdy Sandhu is behind this superhit to be song.

Three of them are altogether a fire and the examples of it are the previously released tracks like Kya Baat Ae, Naah, Bijlee Bijlee and more. Kudiyan Lahore Diyan is expected to be another banger and dance number from Harrdy’s basket which will be released on 30th March on the official YouTube channel of Desi Melodies.

It was in October 2021 when Harrdy last released any track and that too is still popular among the audience, even after 4 months of its release. It has over 300 Million views on Youtube and featured Palak Tiwari as the lead in the song. Hopes are high and we are surely expecting yet another surprise from the singer.

Popular director Arvindr Khaira has directed the video of Kudiyan Lahore Diyan and we can’t doubt his direction seeing his former videos, at all. 30th march is the date when Harrdy and team will drop the bomb on Youtube and we can’t wait to add that song in our playlist as soon as it releases.
Apart from the single tracks, Harrdy’s recently released sports drama, 83, got a bundle of appreciation and was considered a superhit. Sandhu has many other projects in the basket and we are definitely eager to witness all of them. 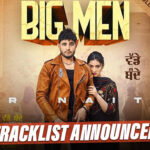 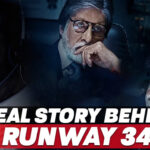