Ajay Devgn is currently basking in the massive success of his thriller movie Drishyam 2. The film indeed is doing great business at the worldwide box office. And now all his fans are excited about his upcoming and highly anticipated movie ‘Singham 3’. And now the female lead of the film has also been revealed.

To make your day brighter, Ajay Devgn and Deepika Padukone will lead Singham 3, and Deepika will be seen portraying the role of a female cop. This news is definitely a big announcement and has started to create buzz on social media.

During the song release event for the upcoming Bollywood movie Cirkus, Rohit Shetty made the official announcement and said, “We are making Singham next. Everyone kept asking me who is the lady cop in my universe. So today, let me confirm that Deepika Padukone will be the lady Singham, the lady cop in Singham 3. We start shooting next year.”

More details about this film are not out yet, but Rohit Shetty has revealed the shooting for Singham 3 will begin in April 2023. Earlier, Rohit Shetty had expressed his desire to soon work with Ajay again as the last Singham movie was released in 2014.

Moreover, not only the Singham fans, but someone else from the B-town is also very excited about the project. We are talking about Deepika Padukone’s husband and actor Ranveer Singh also expressed his thoughts about the project. He said, “Deepika’s best performance for me is Meenaamma from Chennai Express. She has done so many great films, but this one is just special. I can’t wait for Rohit Shetty and Deepika to team up on a feature film.”

Both the movies of the Singham franchise; Singham and Singham Returns are massive hits and are much-loved by the audience. In this case, the fans’ prediction about the film says, ‘Ajay Devgn’s new blockbuster is on the way’. 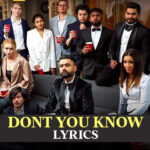