Ajay Devgun kick-started filming for Thank God, where Sidharth Malhotra and Rakul Preet will also be seen in the lead roles. Thank god is being directed by Indra Kumar film and based on a comedy-drama plot.

Recently, Indian film critic Taran Adarsh shared the news on his Instagram handle where he revealed that   ‘Thank God’ will start filming by January 21, 2021, and in the caption, he also wrote: “AJAY DEVGN – SIDHARTH MALHOTRA – RAKUL PREET IN ‘THANK GOD’… #AjayDevgn, #SidharthMalhotra and #RakulPreet to star in slice of life comedy, with a message… Titled #ThankGod… Directed by Indra Kumar… Shoot starts 21 Jan 2021”.

Actor Ajay Devgun also has Maidaan and his production film Mayday lined up. As he completed the shooting of Maidaan which is based on a true event and going to released on Dusshera 15th October 2021 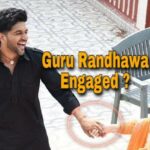