Ajmal Haqiqi, a popular Youtuber from Afghanistan, has reportedly been arrested by the Taliban. Last week, Ajmal Haqiqi uploaded a Youtube video which resulted in this arrest. In that video, Ajmal Haqiqi can be seen laughing as one of his colleagues, Ghulam Sakhi, who has a speech impediment, recites verses from the Muslim Holy Book, Quran in a comical tone.

After facing public backlash, Haqiqi publicly apologized on 5 June for his hurtful video. However, on 7 June, according to Human Rights Organization – Amnesty International, Ajmal Haqiqi along with Ghulam Sakhi and their two other colleagues were arrested for allegedly making fun of Islam and the sayings of Prophet Muhammad.

The arrest of the Youtuber and his colleagues by the Taliban`s General Directorate of Intelligence was later followed by a public 2-minute confession video of the Youtubers. In the video, Ajmal Haqiqi, Ghulam Sakhi and 2 others can be seen standing in a row with three of them being handcuffed and seemingly dressed as prisoners. The Youtubers then apologize for the remarks made by them regarding ‘Quranic verses, Islam and the sayings of Prophet Muhammad’.

“I apologize to the Afghan people, to esteemed religious scholars and to the government of the Islamic Emirate,” Haqiqi can be heard saying in the video. Haqiqi also tried to make his companion with speech impediment, Sakhi, apologize in the video.

The video was also accompanied with a caption by the Taliban-run GDI. The caption said that no one is allowed to insult or ridicule the verses of the Qur’an, the hadiths of the Prophet and Islamic sanctities during the rule of the Islamic system.

Amnesty International on June 8 released a statement condemning the arrest by the Taliban. The statement partly read, “The Taliban must immediately and unconditionally release the YouTubers and end their continued censorship of those who wish to freely express their ideas.”

The problematic video has been removed from Haqiqi’s Youtube Channel. However, people and human rights activists and organizations around the world have showed their concern about the human rights and freedom to speech violations in Afghanistan. 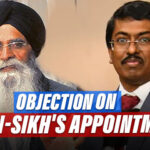 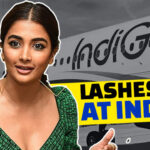