The Jolly LLB franchise has been one of the popular film franchises of Bollywood. The initial part, Jolly LLB, was released back in 2013 and the 2nd part was released in 2017. Arshad Warsi and Akshay Kumar were the main leads in the films respectively. The makers are now all set for the 3rd installment of the movie after five years. But the question is who will be playing the lead role? Akshay Kumar or Arshad Warsi?

Well, it looks like the makers don’t mean to upset the audience and have decided to carry both the actors on the same boat. Reportedly, both Akshay Kumar and Arshad Warsi are going to be the part of Jolly LLB 3 and the cherry on the cake is that both the Jolly’s will have a face off in the movie and will be starring opposite each other in the court of law.

Apart from Arshad and Akshay, actor Shubhash Kapoor will also be playing an important role in the movie. Saurabh Shukla will be another pivotal character who we all will see in the upcoming Bollywood movie.

The reports even suggest that the script phase of the film is almost finished and the makers are now heading towards the further stages of the film. A source reveals, “The idea is to create the ambience of a big screen courtroom drama and hence, efforts have been taken to make it a multi-junior film, with the right blend of humor with drama and print finishing touches are being given to the script at the moment.”

Further the source added that the Jolly LLB 3 team will then move on to the pre-production stage. The idea is reportedly to take the film on the floors by the first half of the upcoming year, i.e, 2023.

Jolly LLB 3’s shooting is expected to be started by the first half of 2023 making it to the release after that. Jolly LLB 3 is helmed by Shubhash Kapoor himself and is produced under Star Studios. Meanwhile, Akshay Kumar and Arshad Warsi shared the big screens in the recently released movie Bachchan Pandey which unfortunately did not do well at the Box Office. We are now referring to the much awaited threequel of Jolly LLB 3. 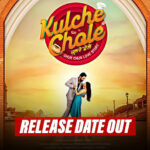