The Bollywood superstar Akshay Kumar is going through a tough time professionally. The year 2022 has proved to be really miserable for him as all of his films failed badly at the box office. Akshay starrer in movies Bachchhan Paandey, Samrat Prithviraj and Raksha Bandhan this year and all three of these were concluded as box office disasters. Now, the Hera Pheri actor is promoting his latest movie Cuttputlli which is streaming on Disney Plus Hotstar.

He recently shot for an episode of The Kapil Sharma Show’s new and awaited season. He appeared in the show to promote his film Cuttputlli along with his co-star Rakul Preet Singh. And there he directly blamed Kapil Sharma as the reason behind his failing films at the box office.

A fun promo of the episode has been released in which Kapil Sharma and Akshay Kumar are seen involved in a goofy conversation. As Akshay arrives, Kapil teases him by asking how he manages to look so young. Kapil said, “Paji, har birthday pe aap ek saal chhote kaise ho jaate ho?” (Brother, how do you turn a year younger on every birthday?)

(This man casts an evil eye on everything from my money to films and see now none of my movies are working).

The promo is earning love and attention from fans who are eagerly waiting for the new season of The Kapil Sharma Show. It will go on air from 10 September.

Also Read: Watch Any Movie In Theater For Only 75 INR On 16 September! Here’s Why & How

The new season of The Kapil Sharma Show will not have Krushna Abhishek as a part of it anymore. Along with it, it will also star Srishty Rode as Kapil’s new love interest.

Moreover, coming back to Akshay Kumar’s recently released movie Cuttputlli, the film stars Sargun Mehta in a pivotal role and Rakul Preet as love interest of Akshay. Sargun who is already a big name in Punjabi Film Industry has marked her Bollywood debut with this project.

The film is attracting positive response and especially for the cinematography and the performances. You can read our Cuttputlli Review here. 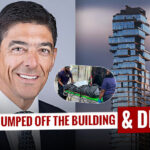 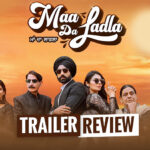