Yesterday, Akshay Kumar announced his upcoming psychological crime thriller movie Cuttputlli with a first look teaser and today we got the trailer of the movie too. The Trailer of Cuttputlli looked fantastic and scary too.

Cuttputlli’s trailer begins with a perfect view of Kasauli which is followed by the voice of Akshay Kumar, who narrates the story of the serial killer in Kasuali, who brutally executes murders and leaves the wrapped body in public space. Akshay is asked by his seniors the way to catch this ominous killer. For that Khiladi Kumar is waiting for a single mistake from the killer’s side.

The trailer looks absolutely thriller, the cinematography in the two-minutes trailer hints at the outstanding bigger picture we’re gonna get in the full project. Trailer’s suspenseful Background score is really impressive and raised expectations from the work we are going to witness from the musicians of Cuttputlli.

There were some ruthless and scary scenes– like the one where a corpse wrapped in plastic was hanging in an open public place.

Cuttputlli marks the Bollywood debut of Punjabi superstar actress Sargun Mehta, who will be seen as a police officer. Movie also stars beautiful Rakulpreet Singh, who will play the role of love interest of Akshay.

Cuttputlli is directed by Ranjit Tewari and produced by Jackky Bhagnani‘s Pooja Entertainment. The movie is scheduled to premiere at Disney+Hotstar on September 2nd, 2022. It is an official remake of 2018 Tamil psychological crime thriller movie, Ratsasan starring Vishnu Vishal.

2022 has not been a welcoming year for the movie machine Akshay Kumar. He has done 3 movies so far this year. All of his three big budget theatrical releases went down at the Box Office. However, Cuttputlli is an OTT release and looking promising too, so Akshay might be looking to regain his hit baton with Cuttputlli. 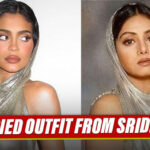 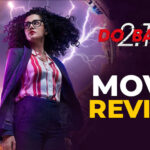