Bollywood Film Industry has started to poke at various old superhit Hindi movies. While various filmmakers are busy remaking classic hits, others are deciding and working on the films’ sequels. And the much-loved and superhit Hera Pheri franchise is also one among them. The film was released in 2000 and its sequel Phir Hera Pheri was released in 2006. And now, the film’s makers are all set to start working on Hera Pheri 3.

The film is expected to once again bring together Akshay Kumar, Paresh Rawal and Suniel Shetty. While most of the fans are happy about the film and busy discussing the project, a new report on the internet has left netizens shocked.

Also Read: When Amitabh & Rekha’s Romance Made Jaya Bachchan Cry In Front Of Everyone

In a now-deleted tweet, KRK wrote, “So according to my sources @akshaykumar refused to reduce his fees after disaster result of #RamSetu also. He is asking ₹125Cr for next #HeraPheri series film.”

Notable is the fact that 2022 indeed was a very unlucky year for Akshay Kumar as all his five movies; Bachchan Pandey, Samrat Prithviraj, Raksha Bandhan, Cuttputlli and Ram Setu turned out to be massive disasters. Hence, in such a condition demanding a whopping fee of 125 crores for a film is news that is heavy to digest.

Earlier, a report in Pinkvilla stated, “Firoz Nadiadwala is in conversation with producer Anand Pandit for Hera Pheri 3. The two have been discussing all the possible permutations and combinations to bring the 3 idiots – Raju, Shyam, and Baburao – back together, however, the things are not there on paper yet. Probably in the next month or so, everything by god’s grace will be clear.”

Paresh told ETimes, “If I have to do the same thing again, usi prakar ki dhoti pehenke, chashme lagake chalna hai (if I have to wear a similar dhoti and walk in the same way with glasses)… except for money, of course, I will charge a bomb! So apart from money, there will be no joy for me. So the story has to be good. If we are coming up with a sequel of Hera Pheri after so many years, with the same old ghisa-pita jokes, it will not work. It should evolve and only then I will be excited about it. Otherwise, wahi chabaya hua niwala firse chabana hai, it will not give that excitement to me.”

Now coming back to the news of Akshay Kumar’s jaw-dropping demand for Hera Pheri 3, it is not confirmed by the superstar actor. He is yet to comment on the same. 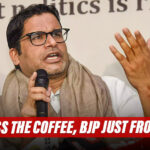 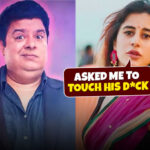