Sargun is making her bollywood debut with ‘Cuttputtli’ starring Akshay Kumar. She shared the first look teaser of her debut bollywood movie on her Instagram handle. Earlier the movie was titled as ‘Mission Cinderella’ but later changed to ‘Cuttputtli’

Cuttputtli is directed by Ranjit Tiwari and produced by Jackky Bhagnani’s Pooja Entertainment. The crime thriller also stars gorgeous Rakulpreet alongside Akshay Kumar and Sargun Mehta. This would not be a theatrical release but will arrive on Disney+Hotstar on September 2nd.

Meanwhile Sargun is enjoying the best period of his career. Her recently released Punjabi movie Challa Mud Ke Nahi Aaya with Amrinder Gill is running successfully in the regional theatres. Sargun will also be seen in a punjabi romantic drama ‘Moh’ alongside Gitaz Bindrakhia releasing on September 16th. 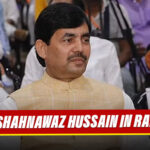 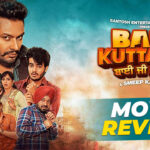