Akshay Kumar and Manushi Chhillar starrer ‘Samrat Prithviraj’ has been a subject of criticism since its release. Based on a Braj language epic poem Prithviraj Raso, on the life of Prithviraj Chauhan, a king of the Chauhan dynasty has yet again left a plothole for the audience to troll.

However, Netizens have argued that the film has got this historical fact completely wrong. If Netizens are to be believed, Prithviraj Chauhan died in 1192 CE. There are various historical resources backing this claim. Muhammad Ghori, on the other side, died on 15 March 1206, 14 years after Prithviraj Chauhan.

This has been cited as one of the most important historical inaccuracies in Chand Bardai’s poetic piece. There are historical claims to back the fact that Muhammad Ghori ruled much after Prithviraj’s death in 1192.

Social media has been harsh on Akshay and Manushi’s Samrat Prithviraj. Starring Sanjay Dutt, Sonu Sood, Manav Vij, Ashutosh Rana and Sakshi Tanwar, the film does not do justice to its rich starcast. Made with a budget of around Rs. 300 crores, Samrat Prithviraj has been a poor performer at box office, earning just Rs. 40 crores worldwide as of 6 June, 2022. 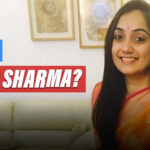 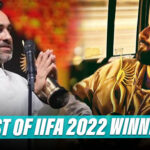