Ali Abbas Zafar is one of the most promising and acclaimed directors of the Bollywood Film Industry. He has directed amazing and successful movies like Mere Brother Ki Dulhan, Sultan, Tiger Zinda Hai, Bharat & more.

He is especially known for his collaboration with Bollywood’s Dabbang actor Salman Khan. The duo has worked together in various hit and superhit movies. Hence they also share a very close personal bond with each other.

The last collaboration of Salman Khan and Ali Abbas Zafar was Tiger Zinda Hai which was a blockbuster hit at the box office. The film collected more than 339 crore worldwide. And now when Tiger 3 is in production, the Salman Khan and Katrina Kaif starrer is creating a massive buzz all around.

Both the movies of the Tiger franchise have proved to be big hits with great quality. Hence, fans really have super high expectations from Tiger 3 as well. But the upcoming movie is not going to be directed by Ali Abbas Zafar. And the director has finally broken his silence on the same.

In a zoom interview with PTI, Zafar said, “Adi (producer Aditya Chopra) is like an elder brother. When the third part of ‘Tiger’ was happening I had some engagements that I was committed to. Our timelines couldn’t match. But I think Maneesh, who is taking the franchise forward, will do justice to it. “Kabir Khan, me and now Maneesh, all of us brought our individuality to the films we made. I am looking forward to ‘Tiger 3′. I think it will be very entertaining. I am happy.”

Moreover, Zafar also revealed he has another big budget and special project in which he will be working with Salman Khan. He said, “Inshallah, Salman sir and I will come together to do a big-budget quintessential Indian entertainer. I want to do a big action film with him. It is something I am working on and I will share (the script) with him soon.”

The fans really adore the pair of Ali Abbas Zafar and Salman Khan, hence we all are eager to know more details about their upcoming collaboration. 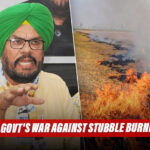 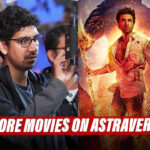