Bollywood actress Alia Bhatt was making headlines for the movie Gangubai Kathiawadi and her wedding with Ranbir Kapoor. But now, she is once again in the limelight for her Hollywood debut.

Yes, you read that right, Alia Bhatt is all set to step into Hollywood with an upcoming spy-thriller. Titled ‘Heart Of Stone’, the project is a Netflix original movie.

And what makes Alia’s Hollywood debut even more special is the fact that the Bollywood diva will be seen sharing screens with Gal Gadot and Jamie Dornan. Both the actresses are two renowned and well-appreciated names in the Hollywood Film Industry.

As per some exclusive reports, Alia will head to the UK in May end and complete the shooting by end of August. A source close to the development revealed, ‘Right after wrapping up the schedule of Rocky Aur Rani Ki Prem Kahani, Alia will be off to the UK for a marathon schedule of the spy thriller. She would be shooting for this Tom Harper directorial from May till end of August.’

Coming to the credits of this anticipated project, it will be directed by Tom Harper, and is being produced by Skydance’s David Ellison, Dana Goldberg, and Don Granger, along with Mockingbird’s Bonnie Curtis and Julie Lynn and Pilot Wave’s Gal Gadot and Jaron Varsano.

Also Read: Nawazuddin Siddiqui Bashes Bollywood For Talking In English On Sets! Watch Video
This project in Alia’s basket surely is a golden opportunity, but apart from this, she also has some glittery Bollywood projects. For now, she is completing the last schedule of Rocky Aur Rani Ki Prem Kahani opposite Ranveer Singh. And also has Jee Le Zara with Katrina Kaif & Priyanka Chopra and Baiju Bawra directed by Sanjay Leela Bhansali. 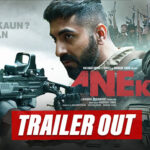 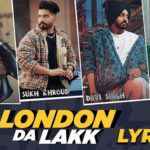