Global Music Icon, Justin Bieber recently revealed through an Instagram video shared on his official Instagram handle, that the right side of his face has been completely paralysed. He reveals that he has been diagnosed with a syndrome called the ‘Ramsay Hunt Syndrome’.

Justin then goes on to show that his eye on the right would not blink, he’s not able to smile nor is he able to move his nostril on the paralyzed part. He also explains what the syndrome is. Further, he also announces that he would not be going forward with his Justice World Tour as he is physically not capable of doing so.

Ramsay Hunt Syndrome, also called herpes zoster oticus, is a rare neurological disorder which usually leads to a rash that affects the ear or the mouth area and can also lead to paralysis of the facial nerve. It can also lead to hearing loss, ringing in the ears or tinnitus.

Ramsay Hunt Syndrome is caused by a virus called the varicella zoster virus. The same virus is also responsible for causing chickenpox in children and shingles in adults. The partial face paralysis that Justin Bieber is suffering from is very rare in the case of this virus.

The music world has sent its concern to Justin Bieber in the comment section of the above-mentioned video. The fans have also sent their love and messages to Justin Bieber to push his spirits up. Justin’s most awaited Justice World Tour’s future now remains uncertain. 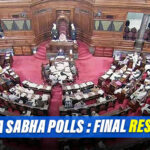 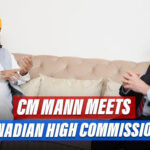