Sidhu Moosewala being the highlight has become very common news. He usually tops the musical charts with his new releases. And currently, he is busy releasing his most awaited album MooseTape.

Where on one hand, some tracks from this album have already been released and earned feedback from the fans, there are many others queued for release one after another.

But there is something very special behind this album which you probably don’t know yet.

While Sidhu Moosewala’s songs are trending on YouTube, do you know that all the songs of MooseTape are prepared at specific and extremely special locations?

You might not know but Sidhu Moosewala has recorded all the MooseTape songs at his village Moosa. And after completing the recording sessions, the songs were sent to Dense Pro Studios and mixed & mastered at Harlalpur.

Working together Dense Music and The Kidd pulled out the almost impossible job of doing 30 songs in just a span of three days. The artists had to go through sleepless nights to make MooseTape a reality

Sidhu Moosewala has once again proved that quality matters over anything else. He has also justified the very popular line from his recently released track Bitch I’m Back from MooseTape;

But even though it seems so effortless and easy we are sure there is a lot of hardwok, sleepless nights, continuous efforts and a lot more behind what we actually see.

Sidhu Moosewala’s MooseTape is doing wonders on YouTube and Music charts. And the best part about it is that a lot more is still on its way and will be reaching out to us soon.

If you aren’t aware of the release schedules of MooseTape, the below mentioned article below might help you out. 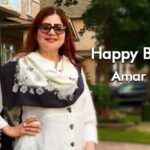