Shweta Tiwari, one of the leading faces in the Indian Tv industry and the winner of the fourth season of Bigg Boss, has recently been surrounded by controversy following a remark made by her during the promotion of her web series “Show Stopper” in Bhopal.

A video has gone viral on the internet wherein Shweta Tiwari can be seemingly heard saying “Mere bra ki size bhagwan le rahe hai.” (God is taking the measurements for my bra).

Madhya Pradesh Home Minister Narottam Mishra directed the Police to investigate Shweta Tiwari’s remark and submit a report. Following a complaint by a local citizen, Sonu Prajapati, a case was registered against the actress under IPC section 295 (A) (deliberate and malicious acts, intended to outrage religious feelings or any class by insulting its religion or religious beliefs), as stated by the Police.

ALSO READ | Meaning Of DeFcoN 1, Title Of Tarsem Jassar’s EP, Connections With The US Military

In her defense, Shweta Tiwari said that she was taken out of context and it was never her intention to hurt the religious sentiments of anybody. Saurabh Jain, actor who played the role of Lord Krishna in Star Plus superhit show “Mahabharat”, will be playing the role of a ‘bra fitter’ in the upcoming web series, and Shweta Tiwari allegedly made the joke referring to Saurabh Jain.

Social Media has become a place of backlash for Shweta Tiwari and though the actress has issued a public apology, she is being slammed by the audience for making the remark. The FIR has already been registered and Shweta’s apology comes after the FIR, so it is yet to be seen how the case will move forward for the actress. 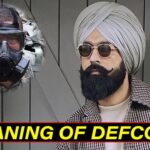 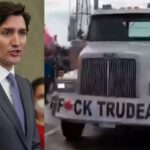