Aman Baisla, 22 of Rohini, Delhi has committed suicide and had shared a video on his Facebook and Instagram account. Before the video could gain attention, he hanged himself and was declared dead when rushed to hospital.

In the video, Aman spoke about how he was mentally tortured and blackmailed for some monetary issues. He mentioned the names of Neha Jindal (friend), Sumit Goswami (singer) and Vipin Khatri (Sumit’s friend).

“The scrutiny of this video has revealed that deceased Aman and Neha were friends. In 2018, Suman’s father invested Rs 5 lakhs in the business of supplying hotel amenities to the deceased. Due to some reasons, Suman opted out of the business in 2019 and started working with Sumit Goswami. Vipin Khatri is Sumit Goswami’s friend”, said Gaurav Sharma, DCP Outer North.

In the filed complaint, Ram Niwas, father of Aman accused the three of his son’s suicide. Many of the facts and proves are available in the video posted by Aman, in which not only he narrated the complete story but also has stated that he was being mentally harassed and blackmailed. This kind of statement from the deceased plays a major role in such cases. The videos are still available on Aman’s social accounts, and people are asking for #justiceforaman as the video is gaining attention now.

Accused Sumit Goswami is a popular singer of Haryana and it is making this case worse. According to the statement of DCP, and the facts mentioned in the video, it looks like the case revolves around monetary issues only, but still the investigation is in process and we hope the law serves justice and the guilty to be punished. 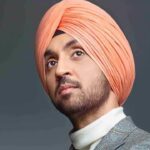 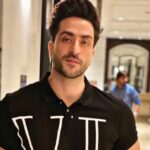