The artist has released the playlist of his upcoming album which will include various songs.

Though there was no revelation about if these will be the only songs in the album.

In the caption to his recent post Amantej also revealed that his second album ‘Underrated’ will be out on April 30th.

The album will be a complete outcome of hard work of Amantej Hundal, other lyricists and various music producers.

In his last post, Amantej shared some details about his album as its music is produced by Preet Hundal, Yeah Proof, Anker Deol and Gill Saab Music.

The album will be released on the YouTube channel of ‘PB 26 Records’ on 30th April.

Amantej had released his first album ‘Mainstream’ in 2020, and after its super success, he will be coming back with his another album ‘Underrated’.

There is already so much buzz about this upcoming project in the industry and among the fans.

We are excited for it already, as there are not many days to wait for it.

The countdown has begun, 30th April is approaching soon. 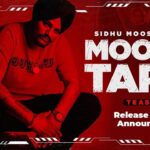 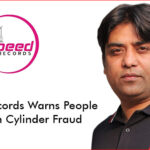