Who isn’t aware of the skills that Amberdeep Singh slays? Everybody is well aware of the fact that Amberdeep is a great actor and an amazing director & has done justice to each film he has been associated with. But do you know that the actor-director wanted to achieve great heights in the field of sports and that too in Wrestling specifically?

Yes, you read it right. Amberdeep Singh once revealed that he used to Wrestle till 10th standard and played at the state level in it. He wanted to be a professional wrestler and wanted to pursue his career in the same sport. Moreover, he used to wish for something amazing, that he would someday represent India at the Olympics in Wrestling, but something unfortunate happened and he had to leave the sport.

ALSO READ | Amberdeep Singh Was Once Heartbroken While Shooting Teeja Punjab. Read To Know Why

When he passed 10th standard, he was playing the sport when the opposite player threw him down in an appropriate manner which resulted in ‘Slip Disc Herniation’ or what we usually say as ‘Slip Disc’. The slip disc between the spinal bones further resulted in leaving the sport and Amberdeep Singh left Wrestling just after his 10th, during the school itself.

Doctors asked him to take proper bed-rest and leave the sport then and there. Later, Amberdeep’s cousin brother made him opt for Commerce stream in 11th class but the former had to face difficulties in studying as he always wanted to be a sportsman but that one unfortunate event shattered his dreams.

Later, Amberdeep went on to do graduation and theatre side by side, and it was when he decided to be an actor. If that unlucky incident would have not taken place then Amberdeep would have been a professional wrestler and not an actor-director.

ALSO READ | Amberdeep Singh Has Wise Advice For Other Filmmakers

But as it is said, what is destined to you comes to you anyhow, and maybe he was destined to be an actor and entertain the audience with superhit Punjabi movies. Although that event was quite miserable, we are thankful on the other side that it made Amberdeep reach and win people’s hearts today, by being an actor, writer and director. 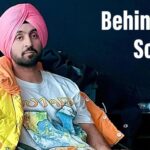 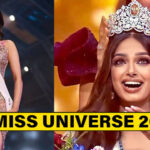