The Monkeypox virus and its raising cases in the country and even across the globe, is a matter of concern for the masses. The people are worried on how to protect themselves from this new virus. Shockingly, the national capital Delhi recorded its first case of Monkeypox. This virus was declared a global health emergency by the WHO last week.

The 31-year-old man found infected with Monkeypox in the national capital, has no travel history! With this, India marks the fouth case of Monkeypox. The first infected was a Kerala resident who travelled back to India from the United Arab Emirates (UAE) on July 14, while the second and the third cases were reported on July 18 and 22 in Malappuram, Kerala.

1). Limit the contact with the people suspected of being infected with Monkeypox.

2). Those living with the infected, must self-isolate themselves, and cover any cuts or wounds on their skin.

4). Wash your hands frequently with soap and water.

5). Seek the medical attention immediately after noticing any rashes or symptoms of the Monkeypox.

As quoted by news agency ANI on its official handle:

“If someone has symptoms of monkeypox, then he/she should come forward and get themselves treat. There is nothing to worry and hide: Dr VK Paul, Member (Health), Niti Aayog”

Even the government of India has issued various guidelines regarding the Monkeypox virus. This new virus can spread not only from person to person but also from animal to person contact. 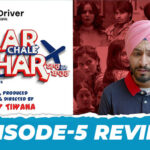 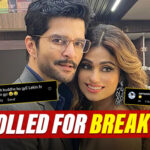