We all have stood in front of our TV Sets to answer the questions asked by Amitabh Bachchan in KBC to hit the jackpot, at least once in our lifetime.. Many have already hit the jackpot on this iconic show called Kaun Banega Crorepati. After 13 freaking successful seasons, Amitabh Bachchan is back again with a new season of Kaun Banega Crorepati- season 14.

KBC is a show where contestants come, answer the questions asked by Amitabh Bachchan, hit the jackpot and win Crores. But not only the contestants but the show’s host, Mr. Amitabh Bachchan also becomes Crorepati with each episode of KBC too. Here we have listed the fees Amitabh has charged for doing one episode per season over the years.

According to Asianetnews, Amitabh Bachchan will charge an amount between Rs 4 crore to Rs 5 crore per episode of KBC 14. Let’s find out how much money Big B has earlier charged for the first 13 seasons of the popular show.

Here’s Amitabh Bachchan’s Fees For Each Season Of KBC

Amitabh Bachchan charged Rs 25 lakh for each episode of KBC Season 1, which was aired in 2000-2001. Some of the celebrities who appeared on the show in its debut season were Shah Rukh Khan, Aamir Khan, Rani Mukerji and Sachin Tendulkar among others.

Amitabh’s fees for season 2 and 4 are not known yet, and season 3 was not hosted by him due to health issues. Shahrukh Khan replaced him for season 3 (2007) and charged Rs 2.5 crore per episode. For season 5, as per Siasat, Bachchan charged Rs 1 crore per episode. Aired in 2011, KBC season 5 hosted celebrities like Deepika Padukone, Saif Ali Khan, Shahid Kapoor, Sonam Kapoor and Katrina Kaif among others on its hot seat.

For the sixth and seventh seasons of KBC, aired in 2012 and 2013 respectively, Big B was paid Rs 1.5 crore to Rs 2 crore. From the 7th season, the total prize money was increased from Rs 1 crore to Rs 7 crore. Celebs who appeared on the show in Season 6 and 7 included Sridevi, Karan Johar, Alia Bhatt, Shah Rukh Khan and Dilip Joshi.

As per Asianetnews and Siasat, Amitabh charged  Rs 2 crore per episode in Season 8. Many contestants and celebs including Rani Mukerji, Parineeti Chopra, Priyanka Chopra, Shah Rukh Khan and Deepika Padukone appeared in the 8th season of the show.

For season 9, which aired in 2017, Shehanshah of Bollywood charged Rs 2.6 crore per episode. Cricketer Yuvraj Singh and actor Vidya Balan appeared on the hot seat as guests that season, and their clip of explaining the meaning of MEME to Mr. Bachchan got viral on the internet.

For the next season, which aired in 2018, Amitabh Bachchan hiked his fees to Rs 3 crore per episode, as per siasat and asianetnews. Ayushmann Khurrana and Aamir Khan were among the special contestants in the tenth season.

The all new season of Kaun Banega Crorepati is airing on SET from August 7. Actor Aamir Khan along with two army officials were the first guests of season 14. The trio managed to win Rs 50 lakh for a charity. According to multiple reports, Amitabh Bachchan is charging something between Rs 4-5 crore per episode for the new season of Kaun Banega Crorepati. 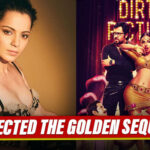 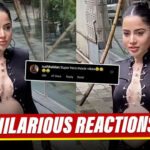