Where we all are getting bored and exploring new ways of keeping ourselves busy, the makers of Gulabo Sitabo have decided to kill our boredom by premiering their film on Amazon Prime Video on 12th June. This news has not only increased our excitement for the much-awaited film but also disrupted the usual working of the Indian Cinema. This will be the first time in India that we will be witnessing a digital premiere of a film starring our evergreen superstar Amitabh Bachchan & forever favorite Ayushman Khurrana, sitting in the comfy corners of our homes on an online streaming platform.

The kind of release this film has planned can lead to many other filmmakers think to release their films on digital platforms, because many big-budget films are on hold of their release. And many films like Radhe, Coolie no.1, and Jersey are waiting for this global pandemic to end soon so that they can be completed and released. But also, there are films like 83 too, whose makers do not want to release their films on OTT platforms at any cost. They are waiting for the lockdown to get over and things get normal so that they can release their film in theaters only. Knowing this all, it will be really interesting to see what will be the impact of the premiere of Gulabo Sitabo on the Bollywood Industry and other films too. Let us wait for June 12 to enjoy this film on Amazon Prime and not to forget before Gulabo Sitabo another film Ghoomketu starring Nawazuddin Siddiqui is also in the same queue, as Ghoomketu is going to be premiered on Zee 5 on May 22nd. 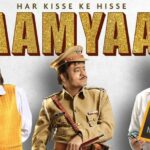 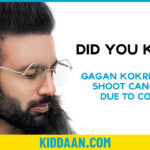